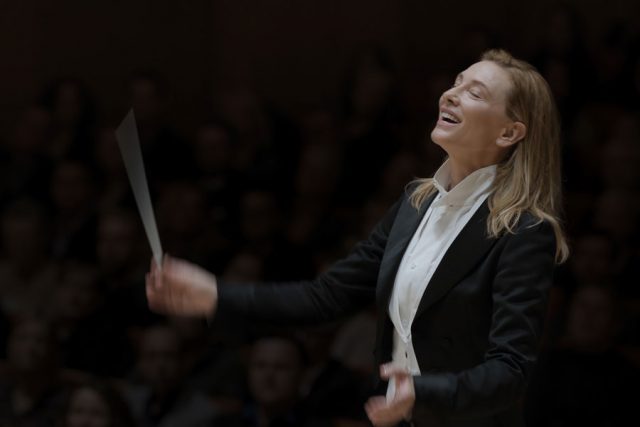 “Tár” plays like a brilliant doctoral thesis, assembled over many years to analyze abuse of power in the classical music world: long, complicated, intelligent, packed with inside jokes and obscure references that require footnotes so you can keep up. I loved it but would have predicted only a few people would share my passion, until I visited its page at the Internet Movie Database and saw a cumulative rating of 8.2 from nearly 3,000 viewers.

Even the title requires explanation. It’s an old Norse name, usually given to boys, that means tough, resistant, enduring. Lydia Tár (played by Cate Blanchett) begins as all those things but slowly crumbles after social media attacks, the suicide of a woman who died blaming Tár for short-circuiting a conducting career, and her own use-and-toss-aside attitudes toward co-workers and lovers.

Two factors make her a sacred monster, as the French say, rather than simply a monster: her tremendous talent on the podium and her enormous knowledge and overwhelming love of classical music. When she rightly takes down a Juilliard student who has no time for Bach – or, by extension, other straight white male composers before his own lifetime – she’s astonished that he can write off the Baroque master. She plays a Bach prelude to try to win him over, revealing the theme’s beauties musically and verbally, but he stays deaf to it.

Writer-director-producer Todd Field got Oscar nominations for two screenplays in the ’00s, “In the Bedroom” and “Little Children,” but he hasn’t finished a project in the 16 years since the latter. You get the feeling, watching “Tár,” that he spent the time boning up on every aspect of the classical music business, from boardroom conferences to orchestra auditions to score analysis. Whether you want to explore these things in such detail will determine whether you feel the 158-minute running time is justified.

To fully appreciate the minutiae, for example, you need to know that the late Gilbert Kaplan was a wealthy American businessman who fell so much in love with Mahler that he trained himself to conduct and became an expert on Mahler’s Symphony No. 2. Here he’s mocked as “Eliot Kaplan,” played by Mark Strong with the real Kaplan’s pudding-bowl haircut.

When the Berlin Philharmonic plays the adagietto from Mahler’s Symphony No. 5 with soupy strings in rehearsal, Tár orders them to “forget Visconti,” with no further explanation. You’re meant to know – as surely none of the players would – that Luchino Visconti used the movement in his 1971 movie “Death in Venice.”

She’s the smartest person in every room, musicologically and intellectually speaking. And her emotions come through in tremendous snatches of performances, mostly of Mahler’s Fifth and Elgar’s Cello Concerto. But in her personal life, she’s a case of arrested development: Her wife (Nina Hoss), her overworked assistant (Noémie Merlant) and her assistant conductor (Allan Corduner) all eventually face her scorn or acts of betrayal. Like so many tragic heroes, she can grow – if she’s going to grow – only after a fall.

On some levels, the movie remains a fantasy: Lydia Tár has become an international celebrity as a conductor, composer, teacher and author – in other words, a female Leonard Bernstein – but no one in the Internet age has dug up her roots. The real Berlin Philharmonic has never had a female music director nor, as far as I can ascertain, a female concertmaster, let alone a married couple in those jobs. I suppose Field chose Berlin, often called the world’s greatest orchestra, so Tár can plummet from the highest peak.

Yet Blanchett, who’s in virtually every scene, grounds each moment in reality. Tár’s self-importance and self-deceit appall us, but we respect and admire her, too. Critics have tried to guess the women on whom Field based the character, often finding parallels with Marin Alsop, but she seems to me most like the autocratic Herbert Von Karajan in his later years. (He died at the helm of the Berlin Philharmonic in 1989.)

As with classical music, the success of an ambitious movie lies in the details. The cast is uniformly good, down to Mila Bogojevic as the adopted daughter who may be the only person Tár can love unconditionally. Cinematographer Florian Hoffmeister makes the wooden concert hall seem warmly appealing and every other locale forbidding or barren, providing visual equivalents for Tár’s internal turbulence.