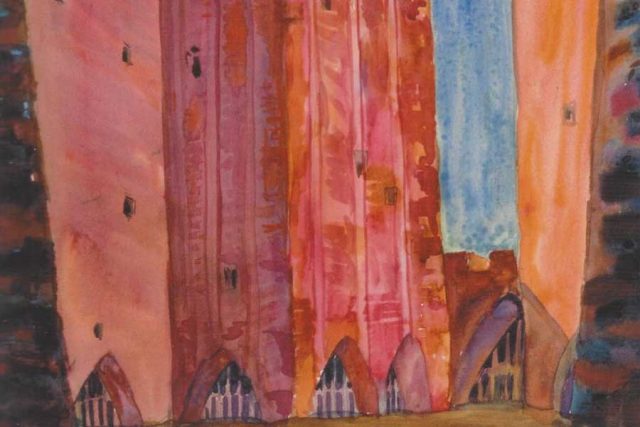 June 17, 2020WDAV BlogNews & FeaturesLawrence ToppmanComments Off on The greatest opera with no good tunes

I was not listening to “Fidelio” again this week and wondering why. I’d been thinking about it since late May, when it premiered 206 years ago in its final form, but I never took it from the CD rack of operas in my front room.

Beethoven would have been disappointed. He worked harder on this project than any other in his career, writing the first bits in 1804 and revising it for a decade. The longer, earliest version still exists as “Leonore;” my complete Beethoven set contains a copy of that opera, which also beckons to me futilely for a tryout.

I’ve now seen “Fidelio” twice in person and heard five recordings, some multiple times, without altering my view: It’s the greatest opera ever written without a single memorable melody.

Excitement abounds, from the heroine’s determination to rescue her imprisoned husband to the saved-at-the-last-minute conclusion. It has spiritual uplift, political commentary, mild humor arising from mistaken identity and moments of musical radiance, from the final section of Florestan’s lament in the dungeon to a chorus of prisoners allowed to step into the sun after long days in darkness. But great tunes? Nope.

Beethoven knew he wasn’t Mozart, the highest genius of comic opera at that time, so he never attempted a comedy. He accepted an 1803 commission from Emanuel Schikaneder, who had commissioned and written the libretto for Mozart’s “Magic Flute,” but quickly lost interest in the romantic intrigue of “The Vestal Flame.” (Two arias survive in “Fidelio.”)

He premiered his lone opera in 1805 in a three-act version, cut it to two the following year, tightened and rewrote and re-released it in 1814. Along the way, he wrote four overtures: Three called “Leonore,” including a 13-minute piece occasionally used as an entr’acte, and the “Fidelio” overture we hear today. “Leonore No. 3” remains his most thrilling short orchestral work.

And he broke completely with tradition. His German operatic predecessors, Handel and Haydn and Mozart, wrote clearly defined recitatives and arias. So did his contemporaries, Carl Maria von Weber and Franz Schubert.

But “Fidelio,” though it contains solos and duets and quartets – including numbers with repeated choruses – depends on drama rather than songfulness. Verdi and Wagner found ways to combine both elements 40 years later in their visionary works, but Beethoven couldn’t do so in “Fidelio” – and he never tried again.