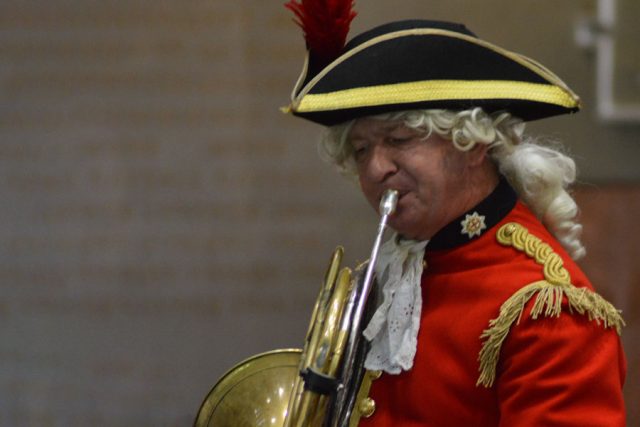 June 3, 2020WDAV BlogNews & Features, UncategorizedLawrence ToppmanComments Off on “Knock out his front teeth!”

That’s what Count Joseph Johann van Thun instructed the soldiers he sent after horn virtuoso Jan Václav Stich, who fled the count’s employ at 20 after playing for four years in the Bohemian nobleman’s orchestra. Stich had studied in Prague, Munich and Dresden at his employer’s expense, so perhaps his boss deserves a bit of sympathy.

That order was meant to keep Stich from ever playing the horn again. Luckily for himself, Ludwig van Beethoven and us, the soldiers couldn’t find him. He crossed into Italy, changed his name to Giovanni Punto and became perhaps the top horn player of the late 18th century. (He also composed. As far as I know, Australian virtuoso Barry Tuckwell made the only recording of four of his concertos, along with many other pieces on a terrific double CD.)

Punto developed new techniques for hand-stopping, the process of producing notes outside the normal harmonic series by placing the hand in the bell of the horn. Mozart, who had no love for horn players, called Punto’s playing “magnifique” in Paris, where they met in 1778. He later moved to Vienna, impressing Beethoven so much that the 29-year-old composer wrote a horn sonata – his only sonata or concerto for a wind or brass instrument – in 1800, highlighting the chromatic sounds in which Punto specialized.

Other composers had written for hornists, whether because they felt inspired (Weber), were commissioned (Haydn) or both (Mozart). But none seems to have been transformed by such an encounter like Beethoven, who saw how the instrument could go beyond its traditional limits.

Horns hadn’t been important to his orchestral work, but now they assumed huge significance. He added a third horn to the customary two for the Eroica Symphony in 1802, underlining tragic drama in some places and nobility in others. The horn represents heroic Leonora in the 1805 overture to “Fidelio,” his only opera, and striding horns in the contemporaneous Fifth Symphony signal victory over oppression by Fate. For the Ninth Symphony, he added a fourth horn to let those instruments ring out above the massive orchestration.

By then, Punto was long gone: He’d died in 1803 of pleurisy, a common ailment for wind players. But his legacy lives on in Beethoven’s magnificent horn lines. Without Giovanni Punto, we might never have had Beethoven’s symphonies as we know them today.