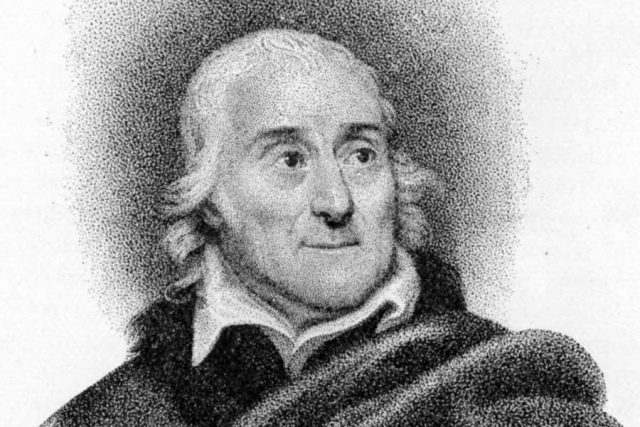 Because we often speak of “Mozart’s operas,” it’s easy to forget one man wrote words for the wittiest, most beautifully proportioned, most warm-hearted pieces: Lorenzo Da Ponte. By my count, he supplied 27 complete libretti for 10 composers, plus words for pastiches, cantatas and oratorios. But he’s remembered for “Cosi Fan Tutte,” “Le Nozze de Figaro” and “Don Giovanni.”

He had more enduring partnerships with Antonio Salieri (six operas, written before and during Da Ponte’s time with Mozart), Giuseppe Francesco Bianchi (five) and Vicente Martin y Soler (five including “Una Cosa Rara,” of which we hear a snippet in the banquet scene of “Giovanni”).

Whole books, including his autobiographic “Memorie,” have been written about Da Ponte’s extraordinary life. He was born an Italian Jew but converted to Catholicism at 15 with his father, when dad wanted to marry a Catholic woman. Lorenzo became a priest at the church of San Luca in Venice but was banished from the city for taking a mistress and fathering two kids.

He spent the years between 1783 and 1805 in Vienna and London, writing all his opera libretti, but debts forced him to flee to the United States with another mistress and their four children. He lived mostly in New York, became a professor of Italian at Columbia University and founded the short-lived Italian Opera Company at the age of 84 in 1833. But except for the words of “Hymn to America,” written by fellow Italian immigrant Antonio Bagioli, he produced no more lyrics.

Why does his work with Mozart endure, when all his other operas have been forgotten? I’m reminded of Katharine Hepburn’s comment about the appeal of dancers Fred Astaire and Ginger Rogers: “He gives her class. She gives him sex.” Mozart would be Astaire in that analogy: unflappable, often a little cool and detached, ceaselessly inventive and graceful in every bar. Da Ponte would be Rogers: down-to-Earth, elegant where necessary but more at ease being playful and a little naughty. No better pairing of composer and librettist has ever taken place.