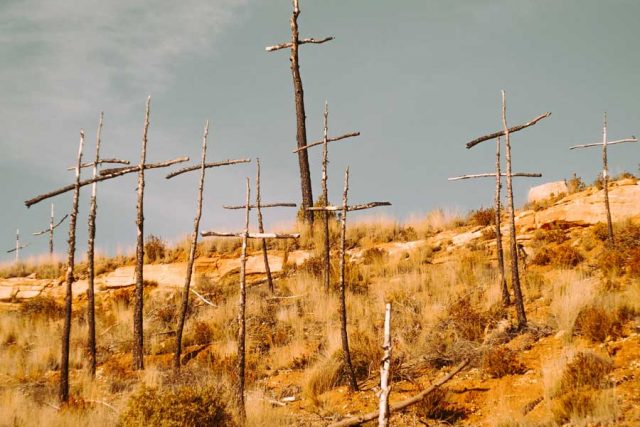 December 5, 2019WDAV BlogMy Year with Mozart, News & Features, UncategorizedLawrence ToppmanComments Off on The myth of the pauper’s grave

You’ll occasionally hear that Mozart was ignored at the end of his life, dumped into a mass grave without a headstone because Viennese society had already begun to forget him. He died 228 years ago today (December 5), so this may be a good week to debunk hoary legends about his passing and funeral.

Accounts about the nature of his fatal illness don’t agree. Most sources point to rheumatic fever; he’d had bouts of it as a boy, and it probably came back in adulthood. His late-life symptoms of swelling and joint pain suggest a recurrence, and rheumatic fever often leads to heart disease.

He spoke at least twice of the belief that he’d been poisoned by an unidentified enemy but also repudiated that idea, as scholars do today. Theorists have suggested he had a severe deficiency of vitamin D, succumbed to a subdural hematoma or trichinosis, or filled his body with patent medicines that contained antimony.

Reports in the 19th century claimed nobody accompanied the body to the interment, partly because of terrible rain and snow. But weather journals for 1791, found long after the “dark and stormy night” narrative circulated, say the weather was calm. And it was less customary anyway for mourners at the funeral to ride out to the gravesite in the 18th century.

Emperor Joseph II had forbidden the use of headstones and encouraged burials that were simple, hygienic and inexpensive: Bodies were supposed to decay quickly, and the city of Vienna sometimes opened communal graves to replace occupants with fresh corpses. Leopold II ruled during the last years of Mozart’s life but had not changed those practices much.

Biographers also dispute whether Mozart lay in a “common” grave or a “communal” one. The former adjective simply means humble or non-aristocratic. The latter means he shared space with other bodies, at least until they were removed. He definitely landed in St. Marx Cemetery, where a statue of a weeping angel now sits at the spot thought likeliest to be his resting place. Except, perhaps, for his skull (minus the lower jaw). That, according to the Salzburg Mozarteum Foundation in his birth city, may be in their hands, though DNA testing has been inconclusive. Of course, what really matters is not the skull itself but the amazing music that came out of it.