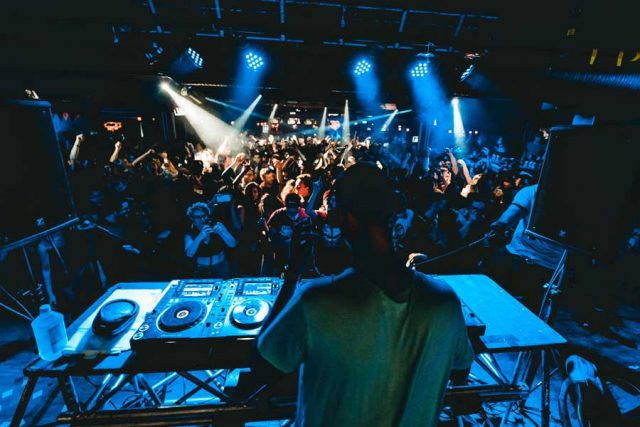 December 12, 2019WDAV BlogMy Year with Mozart, News & Features, UncategorizedLawrence ToppmanComments Off on No Top 40 for Wolfgang!

Pop songwriters have pillaged classical music for 80 years. Big bands first turned memorable tunes into dance numbers: Everybody with a radio in 1941 hummed Freddy Martin’s “Tonight We Love,” perhaps not realizing the tune came from Tchaikovsky’s Piano Concerto No. 1.

The West End and Broadway got in the game with scores adapted from Schubert (“Lilac Time”), Grieg (“Song of Norway”), Rachmaninov (“Anya”) and especially Borodin: “Kismet,” based entirely on themes from his work, ran for 583 performances, won a Tony Award for best musical in 1954 and produced the ubiquitous “Stranger in Paradise.” (That song came from the Polovtsian Dances in the opera “Prince Igor.”)

Even when popular music split into harder and softer elements, the trend continued. Progressive rock bands Deep Purple, Procol Harum and especially Emerson, Lake and Palmer delved into the classics – remember ELP’s “Pictures at an Exhibition”? – while the swoony vocals of Eric Carmen and Barry Manilow got instrumental accompaniment from Rachmaninov and Chopin. The Toys crooned “A Lover’s Concerto” to a minuet from J.S. Bach’s “Notebook for Anna Magdalena Bach.”

But where was WAM in all this?  I can’t find a single hit song based mainly on his work. Even Falco’s No. 1 outing “Rock Me Amadeus,” inspired by the 1984 movie, contains no music by Mozart!

When Classic FM compiled this list of top pop-song samples from the classics between 1992 and 2017, Mozart makes one brief appearance: Ludacris sampled the Dies Irae from his Requiem in the 2001 “Coming to America.” (Beethoven and Bach appear three times each.) Why should that be? Mozart’s vocal and instrumental melodies can be beautiful, dramatic, witty or romantic. They’re easily singable in all registers and, to my mind, as catchy as any other composers’ themes. Maybe they’re just a shade too subtle or complex to become the earworms that pop composers pray for when trying to write a hit.