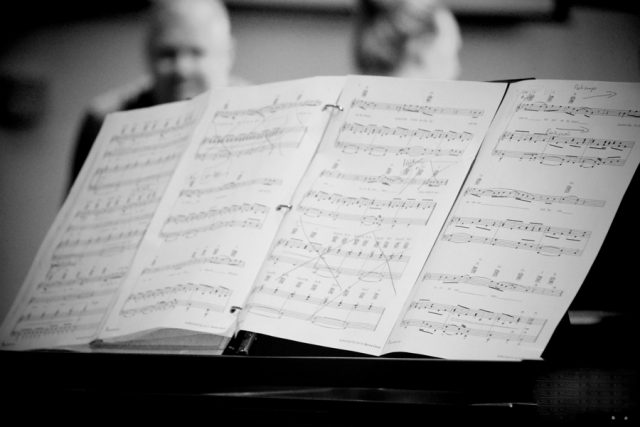 I once told a college music professor my favorite requiem was K. 626. “You mean your favorite half-requiem,” he replied. “Nobody who worked on it afterward got close to Mozart.”

WAM left a fully orchestrated first movement, all the vocal parts, figured bass for everything but the Lacrimosa and suggestions for orchestration elsewhere. No church would want half a requiem for liturgical and aesthetic reasons. So Franz Süssmayr, a friend of Mozart’s who knew his widow needed money, finished the commission.

Other composers probably inserted passages, but he completed the Lacrimosa and said he wrote the Sanctus and Agnus Dei. Over the years, others took cracks at it, the way orchestrators keep redoing Mussorgsky’s “Pictures at an Exhibition” despite Ravel’s mastery. Yet Süssmayr’s remains the one we hear in concerts and recordings.

Dedicated, obscure composers often reconstruct works that would otherwise disappear. The most famous, Mahler’s Tenth Symphony (usually heard in Deryck Cooke’s version), uses Mahler’s sketches to add 40 minutes of music to the one movement he finished. Brian Newbould has “conjecturally completed” (I love that phrase) multiple Schubert symphonies, including the “Unfinished” – an idea counter to the wishes of the composer, who could’ve done that if he’d wanted to. Unlike Mahler and Mozart, Schubert didn’t die while writing it.

Tibor Serly needed two years to rebuild the viola concerto by friend and fellow Hungarian Bela Bartok. Anthony Payne took even longer to chew over 130 pages of manuscript for a piece published as “Edward Elgar: the sketches for Symphony No 3 elaborated by Anthony Payne.”

This procedure works better when someone builds a work from scraps than when he rounds off a masterpiece. Friedrich Cerha’s third act for Alban Berg’s opera “Lulu” provides closure but doesn’t have quite the emotional punch of the first two. Franco Alfano’s finale for “Turandot” wisely reprises themes from the rest of Puccini’s opera but doesn’t convince us it’s what the composer intended. Some works never catch on. The opening movements of Beethoven’s Tenth Symphony and Sixth Piano Concerto haven’t attracted interest, perhaps because they follow his greatest achievements in each genre. Soviet composer Semyon Bogatyrev built Tchaikovsky’s fragments for a Seventh Symphony into a full-length piece, which had a vogue 60 years ago and vanished. If you’re not a genius yourself, picking up the pen of one usually doesn’t pay off.