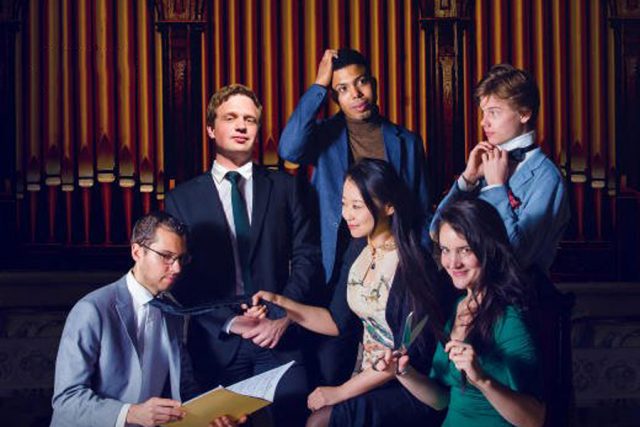 If you’re an organ fan, you’ll swoon when the five competitors in “Pipe Dreams” attack the keyboards at an international competition in Montreal. Even if you’re not, you’ll feel extra energy when talking heads give way to flying fingers and nimble feet.

Though the King of Instruments produces a droning appeal in the hands of any plebeian player, here it roars and chirps and grunts and hollers with joy. Of course, most of the documentary depicts these musicians practicing and philosophizing and doing mundane things, presented in a mundane and not always compelling way. But when they play, it rises to another sphere.

Writer-director-producer Stacey Tenenbaum often skirts important questions a viewer might have: What do judges look for at international competitions? What kinds of lives do these rising stars have away from the instrument? (Maybe none.) What made the players fall in love with organs, anyhow – we do get a bit of that – and what makes this contest different from a piano or violin showdown? What kinds of futures do they envision for themselves?

The organists all seem good-natured, proud yet modest. We root equally for 19-year-old Sebastian Heindl, a Leipziger from the city of Sebastian Bach; Yuan Shen, a Chinese woman whose father is her mentor and tai chi partner; Thomas Gaynor, a New Zealander who’s burning out on major competitions; Alcee Chriss III, a Texan who flirts with the idea of throwing in some jazz; and Nick Cappozoli, a Pittsburgher whose teacher approves of his technique but urges him to be more daring.

Yet great documentaries give us someone to root against: an egomaniacal competitor, a ruthless tyrant, a company that’s defrauding people or polluting the skies. We have to want someone to win and someone to lose. There’s mild interest here in who will come out on top. But as we don’t want anyone in particular to triumph, and we don’t know why one player is considered better than another, we mostly sit back and enjoy marvelous sounds. (Alas, Tenenbaum doesn’t identify pieces as we listen.)

The film sent me to my music collection, where I put on Bach’s fugues and preludes, a “symphony” by Charles Widor (as he called solo pieces), even Saint-Saens’ Organ Symphony. (That’s his third, which the Charlotte Symphony Orchestra will perform in March at Belk Theater. I’m not sure how, as the gorgeous pipes at the rear of the stage aren’t connected to anything.) Ultimately, the best thing about “Pipe Dreams” was that it had me pondering the glories of the organ all over again.

‘Pipe Dreams’ is playing in select screenings across the country. Learn more about a screening of the film in Charlotte on November 20. And use the code PIPEdreams10 for 10% off your ticket.