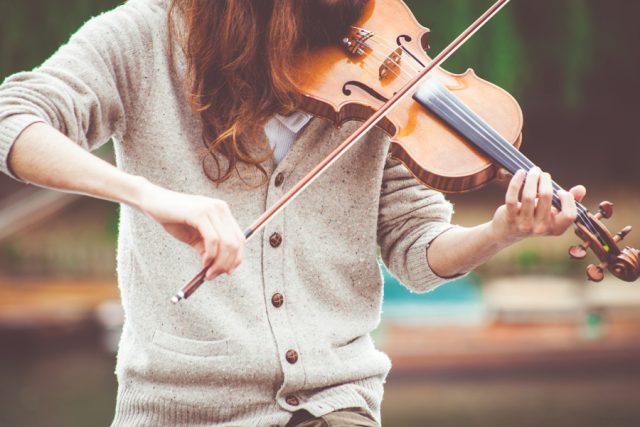 The historically informed performance movement started to gain momentum about 45 years ago, as I fell in love with classical music. It began with medieval and Renaissance music, went on to the Baroque and finally encompassed the Classical and Romantic eras. At last we’d hear what composers heard, or what research tells us they heard, rather than huge orchestras or modern instruments they never knew.

But is that a good thing?

In the case of “Messiah,” absolutely. Leaner textures, smaller ensembles and countertenors in place of altos seem apt to me, an improvement over ponderous tempos and massive ensembles of yore. In the case of Schumann’s symphonies, perhaps. I own beloved recordings by George Szell and the Cleveland Orchestra and scaled-down versions by Roy Goodman and the Hanover Band, and both have their points: Sometimes lightness and speed serve that music better, sometimes might and majesty do.

But I can’t accept the idea that we must listen to Mozart on a fortepiano. On the positive side, we’re presumably hearing with Mozart’s ears, and earlier concertos acquire special spring and vivacity that way. Yet the more powerful and emotional ones – especially the D Minor and C Minor, numbers 20 and 24 – sound undernourished. When a pianist attacks them on a fortepiano, I think of a middleweight boxer trying to go toe-to-toe with a heavyweight.

The symphonies work in both iterations, on original instruments or modern ones. So do the string and woodwind concertos; the sound of a valveless horn gives extra raw excitement to the four concertos WAM finished for that instrument. But I don’t need to hear opera singers use 18th-century vocal techniques, which – among other things – would require tenors to sing their highest notes in head voice, aka falsetto. (They did that until Rossini premiered “William Tell.”)

I think the real question is what composers wanted to hear, not what they did hear. Bach may have written cantatas for small groups because those were the forces available, not because that was his choice. Mozart might have imagined a richer, darker sound than any piano or other instrument of his time could give him. We don’t know, as he left no documents complaining about such limitations. Historically informed performance seems like a good idea to me. But historically rigid performance is a jail sentence no composer should have to serve.