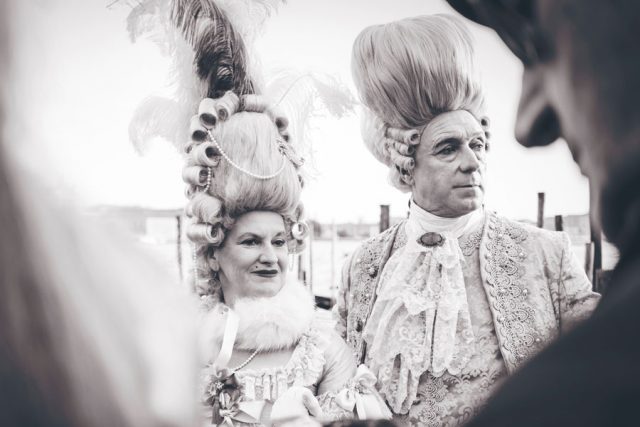 The name serves today for a respected film and play, a travel technology for online ticketing, Falco’s 1985 single “Rock Me, Amadeus” (the first German-language song to top the Billboard Hot 100) and an acoustic enhancement system for concert halls and theaters. But it almost never served Mozart.

I learned this while reading Maynard Solomon’s 1995 biography “Mozart: A Life.” Solomon spends too much time with Freudian interpretations, often attributing Mozart’s behavior to compliance with papa Leopold’s wishes or lifelong rebellion against them. But he gets into fascinating byways, one of which is WAM’s name.

The young composer liked to introduce himself as De Mozartini, Mozartus and Mozarty. Sometimes he became Romatz or Trazom. (He invented a mythical land, the Kingdom of Back, and inverted the names of other “inhabitants.”) He toyed with his first name, from Wolfgangus to Wolfgango to Gnagflow.

And he preferred to sign his middle name Amadé, with the occasional variations Amadeo or Amadi. He apparently didn’t use Amadeus until he was 18, in a joking message to his sister, and seldom revived it. Solomon thinks it acquired universal appeal only after his death, when Breitkopf & Härtel published “The Complete Works of Wolfgang Amadeus Mozart.”

Yet here’s the weirdest thing: He signed the register at St. Stephen’s Cathedral in Vienna “Wolfgang Adam Mozart” when he married Constanze Weber in 1782. In fact, though he signed the marriage contract with the middle name of Amadé, he wrote “Adam” on all other marriage papers.

If it appears on multiple documents, it can hardly be a mistake. So what was he thinking?

Was it a metaphoric connection to the first man and woman in the Bible? Was it a symbol of creative power, because the Old Testament Adam had dominion over his world before the biblical “fall” and founded the human race afterward? (Of course, Mozart would hardly have seen his willing departure from provincial Salzburg as an expulsion from the Garden of Eden.)

Solomon thinks he may have renamed himself the way Mary Ann Evans and Alexei Peshkov did, when they became George Eliot and Maxim Gorky – a last name that means “bitter” in Russian. New names represent artistic reinvention, freedom to explore ideas through other personalities.

Whatever Mozart’s reason, we know he didn’t care to be called Amadeus. But 228 years later, he’s stuck with it.