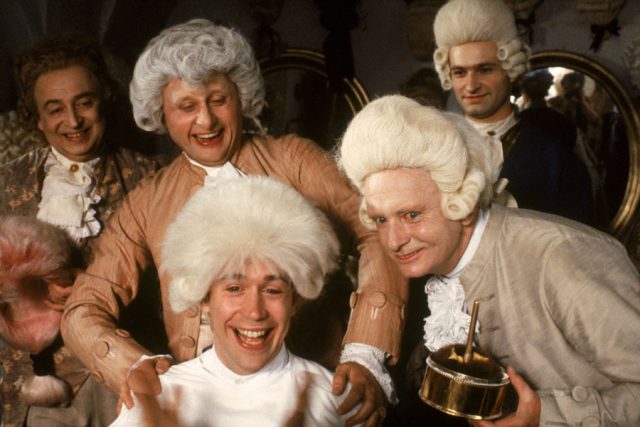 The movie “Amadeus” went into wide release 35 years ago last week. It quickly ensconced itself in America’s consciousness: It was nominated for 11 Oscars and earned eight, including best picture, and it ranks 83rd on the Internet Movie Database list of all-time audience favorites.

Countless viewers told me, “Now I understand Mozart better.” Even this month, when I mentioned I was writing a blog called My Year with Mozart, a friend replied, “Oh, he was crazy!” I told him the movie on which he based that view had numerous inaccuracies, and he frowned: Hadn’t the filmmakers done research?

I used to get this a lot as film critic for The Charlotte Observer. People would watch a historical picture and tell me, “I never knew….” I would have to explain that, counter to Oliver Stone’s view in “JFK,” we lacked credible evidence that Lyndon Johnson became president by taking part in Kennedy’s assassination. (The eye-opening book “Past Imperfect: History According to the Movies” gauges the accuracy of dozens of such projects but skips “Amadeus.”)

It’s a big anniversary year for “Amadeus.” Peter Shaffer’s play, which won a Tony when it reached New York, saw the light of day in London 40 years ago. F. Murray Abraham, who jump-started a stalled career as Salieri, turns 80 on October 24. (He was playing a bunch of grapes in a Fruit of the Loom underwear commercial when director Milos Forman cast him in the Oscar-winning role.)

The play and film, both well-crafted, provide plenty of entertainment. They invite us to meditate on the nature of genius, the feelings of hard-working mediocrities who can’t achieve their dreams, the failure of bureaucrats to support ground-breaking art – a concern in Forman’s native Czechoslovakia – and the brevity of fame.

But Mozart didn’t regularly write whole manuscripts in one faultless draft, without revisions. His wife wasn’t a giggling booby with no understanding of her husband’s skills. Salieri may have envied him – what composer wouldn’t? – but didn’t plot to destroy him. The thing that most annoys fans of Mozart is the depiction of the title character as a simple-minded, foul-mouthed savant who produced masterpieces almost accidentally, while behaving like a juvenile nitwit in all other respects. That’s why a friend of mine referred to the title in his thick Southern accent as “Ahm-a-dumbass.” Unsubtle, perhaps, but he had a point.