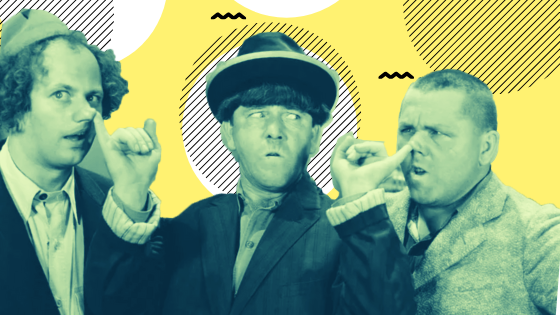 I own “The Comic Mozart,” an album with songs performed by lieder masters Peter Schreier and Hermann Prey, and it has the most euphemistic liner notes I’ve seen. A sampling:

“He frequently shows little regard for the finer feelings of later generations, as is evident in the text of some of his light-hearted part songs…where the offending passages have usually been replaced with tantalizing blanks by prudish editors.”

In the canon “O du eselhafter Martin” (“O you ass of a Martin”), Mozart writes, “Stupid yap, shut your trap, I’ll sh—in your face” and repeatedly orders Martin to kiss his a–. In another canon, “Bona nox, bist a rechta Ox” (“Good night, you’re a stupid ox”), he encourages the object of his scorn to “Sh—in the bed until it crashes.”

And these songs don’t come from his youth: They were written in 1788 between the “Jupiter” Symphony and his sublime Divertimento for String Trio!

Mozart kept up a scatological, sometimes carnal flow in letters to his wife, Constanze. Some of their private endearments show up in the quartet “Caro mio druck und schluck” this way: “My dearest Squeeze-and-Sip, Sip-and-Squeeze, I leave you, God, o Butterball. What a pain! Half an ounce’s no pound.” And of course, there are multiple bathroom references.

These songs show a surprisingly violent, if presumably joking, streak. The singer threatens to beat a woman he’s drunkenly serenading, break the noses of comrades, crack the heads of annoying musicians and “stuff their strings down their throats,” box the ears of hapless students until their pants are full of – well, you get the idea.

Songs like these, which have no parallels among Mozart’s contemporaries – perhaps none anywhere, until the Sex Pistols – perpetuate the myth of the eternal child, combining celestial inspiration with baseness in an infantile way.

Perhaps he wrote these to let off steam after producing serious works. Maybe he wanted to shock city fathers and church officials who hadn’t treated him well. The liner notes claim “One can sense the latent melancholy which led the composer to seek doubly hard to overcome it by poking fun.” Or is it just a guy thing? My wife still wonders how I can admire Chekhov’s “The Three Sisters” and chuckle at The Three Stooges. Finding out Mozart liked butt jokes makes him seem more complicated to me, not less.