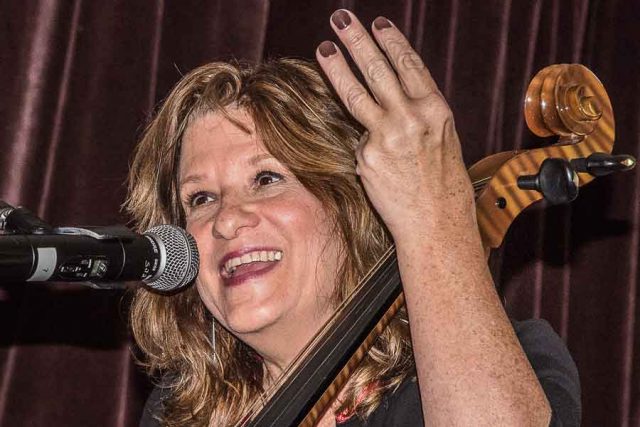 Known as “the father of Native American composition,” Louis W. Ballard’s passion for Native American music and musicians is evident in his work’s seamless blend of traditions. Though the symphony and dance piece Incident at Wounded Knee is perhaps his best known composition, he is also remembered for numerous ensemble pieces, choral works, and stage pieces, including the ballet The Four Moons. Ballard received a Lifetime Musical Achievement Award from First Americans in the Arts in 1997, and in 2004, he became the first classical composer to be inducted into the Oklahoma Music Hall of Fame.

Committed to Indigenous language and cultural preservation, Mohawk composer, cellist, and educator Dr. Dawn Avery melds classical music with pop and folk elements to create a sound all her own. Avery is a prolific recording artist including the albums Our Fire (2011), Beloved (2019), Global Music Award-winner 50 Shades of Red (2016), and many others. Since 2006, she has toured with the North American Indian Cello Project, which commissions and premieres contemporary classical works by Native composers. Avery, who serves as a full professor at Montgomery College in Rockville, Maryland, is the 2011 recipient of the United States Professor of the Year award from the Council for Advancement and Support of Education and the Carnegie Foundation for the Advancement of Teaching.

Concert and film score composer Brent Michael Davids, a citizen of the Stockbridge-Munsee Band of the Mohican Nation, is one of today’s best-known Native musicians. Davids’ work in film includes music for The Business of Fancydancing (2002) and a new score for the 1920 film The Last of the Mohicans, and he has composed works for ensembles and institutions including the Kronos Quartet, Joffrey Ballet, the National Symphony Orchestra, and Chanticleer. In his own words, “I strongly believe that when we collaborate and experiment in song, the benefits go beyond music itself. Our interactions as composers, performers, audiences, students and teachers – Indian and non-Indian alike – constitute important relational skills. If we can excite creativity and cooperation in each other, we have accomplished a magnificent thing!”

Described as “the world’s premiere performer of the Native American flute,” R. Carlos Nakai began playing the traditional flute in the 1980s with a background in classical trumpet and music theory. His extensive recording career has spanned over 50 albums, including Canyon Trilogy (2014), which became the first ever traditional Native American solo flute album to go Platinum. Nakai’s works have been nominated for 11 GRAMMY Awards in 4 categories, and he has sold over 4 million albums throughout his career. According to his website, “Nakai’s career has been shaped by a desire to communicate a sense of Native American culture and society that transcends the common stereotypes presented in mass media.”

Gabriel Ayala, a renowned classical guitarist and member of the Pascua Yaqui Tribe, is known for his unique playing style incorporating elements of the classical, jazz, and flamenco traditions. Among numerous awards for his work, Ayala was named the 2011 Native American Music Awards Artist of the Year. An avid educator, Ayala shares his personal philosophy with all he teaches: “Love your children, honor your elders, and respect your women.”

You can listen to these selections on our Native American Heritage month playlist on Spotify.