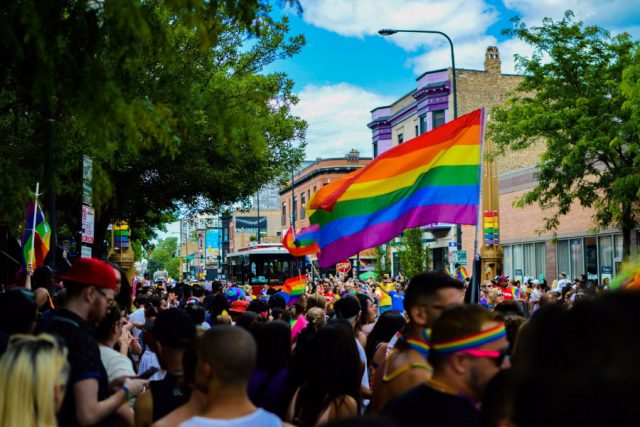 Although many LGBTQ+ artists have gained deserved visibility in pop culture today, contributions by members of the LGBTQ+ community to the development of classical music are often overlooked. This Pride Month, we’re spotlighting LGBTQ+ composers and performers across the classical canon (and you’re sure to find a new addition to your playlist).

Why is Pride Month celebrated in June? Distinct from LGBTQ+ History Month, which occurs in October, Pride Month in the United States commemorates the Stonewall Uprising in June and early July of 1969. This series of riots in response to the violent New York City police raid of the Stonewall Inn was a catalyst for the modern LGBTQ+ rights movement. Parades and memorials throughout Pride Month honor the ongoing struggle for LGBTQ+ rights and celebrate the joy of love in all forms.

Visionary composer Wendy Carlos dramatically expanded the horizons of classical and film music through her pioneering work with synthesizers in the 1970s. Her GRAMMY-winning album Switched on Bach remixed classical music with Moog synthesizers and was the first classical album to sell over five hundred thousand copies, while her score for the film A Clockwork Orange was lauded as “a giant step past the banalities of most contemporary film tracks.” She also composed scores for the films TRON (1982) and The Shining (1980). Carlos’ works show the essential impact that LGBTQ+ communities have had on contemporary arts and culture.

Despite his stature in the New York music scene and forward-thinking work in classical minimalism, composer and performer Julius Eastman’s work remained scattered and obscure after his death until the mid-2000s. A talented pianist who thrived in the emerging 1970s Buffalo music scene, Eastman mixed genres and experimented with techniques that would become popular fifteen years after he explored them. His work layered eclectic sounds in arrangements ranging from elegant to furious, carrying titles like “Gay Guerilla” and “If You’re So Smart, Why Aren’t You Rich?” These statements allowed Eastman to both challenge his listeners and fully be himself: in his own words, “Black to the fullest, a musician to the fullest, a homosexual to the fullest.”

Trailblazer Tona Brown has a breadth of talents, having performed internationally as a violinist, mezzo-soprano vocalist, and actress, with career highlights including a performance of the National Anthem for President Barack Obama in 2011. On June 25, 2014, Brown made history by becoming the first openly transgender African-American musician to perform at Carnegie Hall. Her crowdfunded concert, titled “From Stonewall to Carnegie Hall,” raised awareness for transgender issues through music and speech.

While performing internationally in ensembles including the International Lyric Academy and Britten-Pears Festival Orchestra, nonbinary marimbist Jaime Eposito noticed the distinct lack of LGBTQ+ representation in classical music. Driven to create a space of queer belonging, Jaime co-founded the Spectrum Ensemble with their college classmate Stephen Hall, another percussionist and activist. Based in Dallas, Texas, the Spectrum Ensemble commissions and performs works by queer composers while donating profits to LGBTQ+ advocacy organizations. To explore more works by LGBTQ+ composers, check out their recorded concerts!