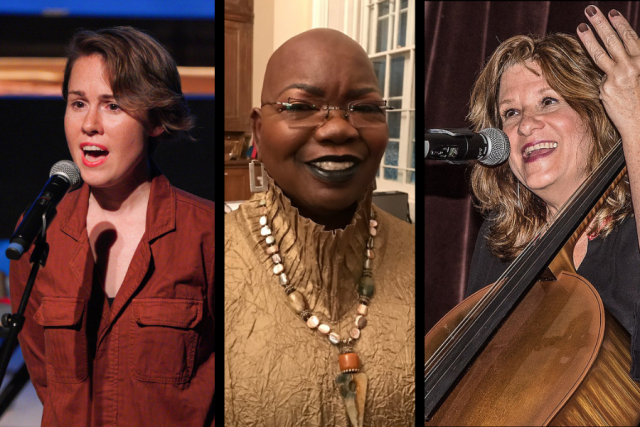 March 8, 2021WDAV BlogNews & Features, UncategorizedComments Off on Women in Classical Composition: An A to Z Playlist

In honor of Women’s History Month, this curated playlist features one composer and work for each letter of the alphabet, showcasing the incredible variety and scope of women’s achievements in classical music.

B Barbara Strozzi: Italian composer and vocalist of the Baroque period, published more music in her lifetime than any other composer of the era

E Errolyn Wallen: Versatile British composer of orchestral, choral, chamber, and solo works; recipient of the Ivors Composer Award and honored as one of BBC’s 100 Women in 2018

F Florence Price: American composer, pianist, and organist known for excellence in symphonic composition; the first Black woman composer to have a composition performed by a major orchestra

G Gabriela Lena Frank: American contemporary composer, pianist, and teacher, current member of the Silk Road Ensemble and recent recipient of the Heinz Award in the Arts and Humanities

I Ilse Fromm-Michaels: 20th century German pianist and composer, founder of the Hamburg First School of Music and Drama and recipient of the Johannes Brahms Medal

Selected work: Mazurka in A Major, Op. 6 No. 2 (The Salon of Polish Women Composers)

U Unsuk Chin: South Korean composer and proponent of experimental and electronic composition

Florence Price (by Source, Fair use)