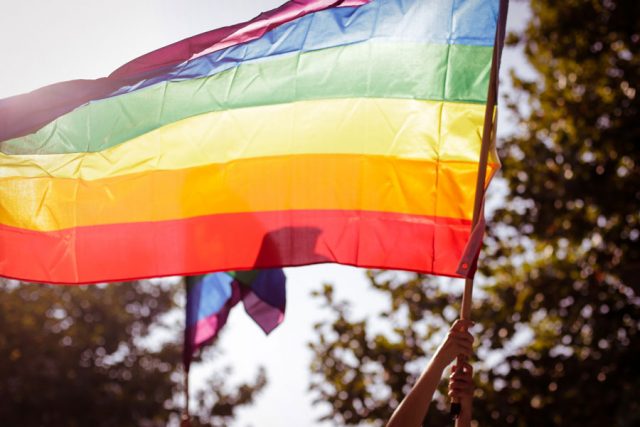 Holden Madagame is a Native American, transgender tenor who currently lives in Germany. He studied voice and performance at the University of Michigan, and continued study at the Glyndebourne Academy in Sussex, England to mediate the transition from mezzo-soprano to tenor. Madagame has sung with many opera companies in Germany, and has collaborated a workshop performance of Good Country, an opera about transgender stagecoach driver Charley Parkhurst.

Breanna Sinclairé is an American opera singer from California who became the first transgender person to sing the National Anthem at a professional sports event. As a child, Sinclair was inspired by other African-American opera singers such as Marian Anderson and Jessye Norman, and as an adult, obtained a scholarship to the Baltimore School for the Arts. She was the subject of a documentary film, Mezzo, which screened at the 2016 San Francisco Transgender Film Festival.

Dee Palmer is an English composer and arranger, best known for her role as keyboardist in the band Jethro Tull. Palmer studied clarinet at the Royal Military School of Music and composition at the Royal Academy of Music. Palmer, who came out as transgender and intersex in 1998, has arranged several orchestral albums for well known bands including Queen and The Beatles.

Frederic Chopin was a famous Polish composer and virtuoso pianist during the Romantic Era. Though society had not yet coined the term, many of Chopin’s biographers believe the composer was “fundamentally asexual.”

Chopin had a seven-year relationship with French writer George Sand. However, Sand stated in her biography that while their relationship was affectionate, it was never consummated.

Through the lens of classical music history, we can see how the progression achieved by the LGBTQ+ rights movement affected the self-acceptance and openness with which LGBTQ+ composers and performers lived their lives. But have these queer-identified musicians also affected the rights movement? There were overwhelmingly positive reactions to Jamie Barton proudly hoisting the Pride Flag at the close of BBC’s The Proms in 2019. In Russia and most of the Western world, there was significant backlash against Russia’s official 2013 Tchaikovsky biopic refusing to acknowledge the composer’s homosexuality due to its anti-LGBT laws. If these examples are any indication, the answer is a resounding yes.

Mademoiselle Maupin – The opera singer who beat men in duels as a swordswoman. Oh, and she rescued her lesbian lover from a convent.

Putin: Tchaikovsky was gay but Russians love him anyway (Reuters)

Pride Month 2017: A Look At The LGBT Operas In History (Opera Wire)