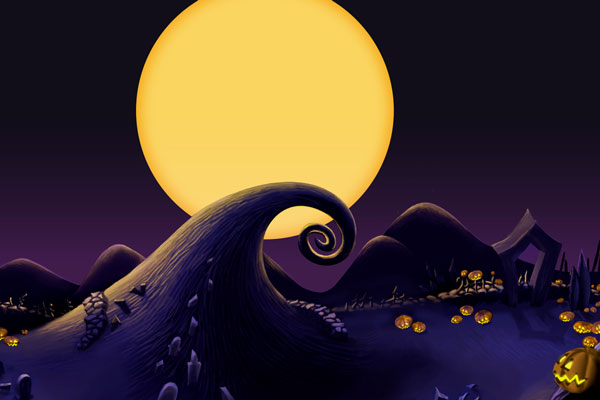 October 24, 2018WDAV BlogNews & Features, UncategorizedComments Off on Danny Elfman and The Nightmare Before Christmas

Danny Elfman has a penchant for the odd, the mysterious, and the downright terrifying. Drawing on such musical luminaries as Pytor Ilyich Tchaikovsky and Maurice Ravel, Elfman does not shy away from unconventional and unsettling themes. His numerous scores for such spooky films as Corpse Bride and Edward Scissorhands strike up an inescapable tremor. Nowhere is this plainer than in his compositions for Tim Burton’s The Nightmare Before Christmas. 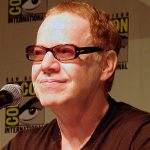 Working as the composer of its score and singing the part of the main character Jack Skellington, Elfman imbued this Halloween favorite with a tantalizing combination of light-heartedness and nails-on-chalkboard eeriness. Like much of his other work, the musical narration of The Nightmare Before Christmas is off-beat and full of clever contradiction. Though the creeps do indeed crawl in Elfman’s score, playful saxophones and sentimental strings add layers of emotional color in an otherwise bleak landscape. One gets the sense that Elfman, by virtue of his name, might have some inconspicuous allegiance to the day after The Nightmare Before Christmas. Nonetheless, after hearing the jarring laughter and peculiar voices once more, the unique sounds of Elfman’s imagined Halloween jump back out.

Elfman’s vocal parts in The Nightmare Before Christmas are just as formidable. Elfman takes on the role of the “Pumpkin King” with an extraordinary capacity for expression. As Jack Skellington, Elfman snarls with nasally malice and croons longingly – seemingly in the same wispy breath. Other songs, such as “Jack’s Obsession,” accentuate the contrast between high-pitched shrills and deep, unnerving groans. Ken Page, the singing voice behind the nefarious antagonist “Oogie Boogie,” conveys an almost comical vocal portrait of this villain – if it weren’t for the utterly horrifying moments that punctuate his “Oogie Boogie’s Song.”

With the jingles of bells next to shrieking notes, Elfman flouts the stereotypes of holiday-centered music. The barriers between the softness of Christmas and the sharpness of Halloween tumble, just as the elements of Elfman’s compositions soar in ways that obscure their relevance to either. Contrast is the essential ingredient in Elfman’s musical cauldron – a brand of contrast that plucks at the chords of tradition holding each holiday in its place. The result is, as the narrator of the film begins with, from “a place that perhaps you’ve seen in your dreams.” Or perhaps, your nightmares.