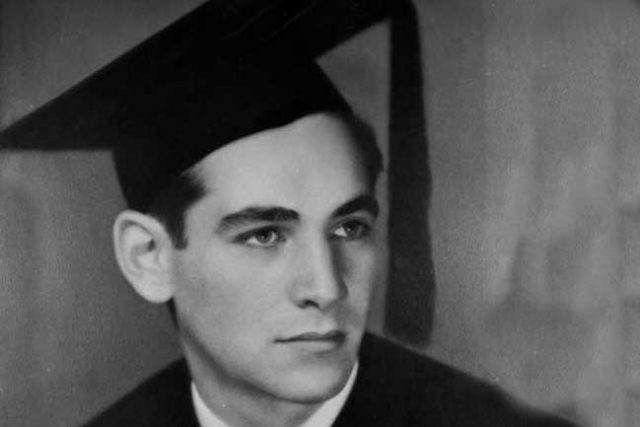 Leonard Bernstein entered Harvard in 1935 aspiring to be a musician, yet at this point in his life he had minimal musical direction. By the time of his graduation from the Curtis Institute in 1941, Bernstein had built a solid foundation for himself as both a conductor and composer. Though his studies challenged and grew him, it was really the experiences he had and the mentors he learned from that made this time in his life truly pivotal.

Through his involvement in the Harvard Student Union, Bernstein conducted Marc Blitzstein’s The Cradle Will Rock (1937), a highly controversial play faulting the system for working-class Americans’ lack of success. It elicited a Red Scare response in the 50s, and Bernstein became another suspected Communist-sympathetic American classical composer. Another of his most notable projects was his composition and conducting for the Harvard Greek Society’s production of Aristophanes’ The Birds. Each of these projects proved his collaborative skills and built up his confidence as both a conductor and a composer.

While at Harvard, Bernstein met and developed relationships with long-time mentors and friends, Aaron Copland and Dimitri Mitropoulos. Bernstein looked to each for advice as well as reassurance of his talent. Mitropoulos became a key conducting influence, even inspiring Bernstein’s The Occult. Copland served as a compositional mentor as well as a valuable resource for Bernstein’s senior thesis, “The Absorption of Race Elements into American Music.”

At Curtis, Bernstein studied Piano with Isabelle Vergerova and Conducting with Fritz Reiner. Each instructor shaped his philosophy on music as well as pushed him to become the disciplined and highly skilled musician and conductor that he was.

In his first year at Curtis, Bernstein conducted Curtis’ orchestra in Wagner’s Tannhäuser Overture and Brahms’ Third Symphony. In 1940, Curtis director Randall Thompson included one of Bernstein’s original compositions in a broadcast, boosting his self-confidence in his compositional skill. While at Curtis, Bernstein maintained contact with Mitropoulos and Copland, and even received offers from both to work under their mentorships. While Mitropoulos’ offer fell through due to Bernstein’s lack of Union Membership, Bernstein was able to be a composition student under Serge Koussevitzsky at Berkshire Music Center.

Leonard Bernstein’s experiences both at Harvard and at Curtis, through his relationships with mentors as well as his many accomplishments, propelled Leonard Bernstein along the path of composition and conducting, shaping his philosophy along the way.

Amelia Willingham is a Senior Music Major and Hispanic Studies Minor at Davidson College from Charlotte, NC. She works for Davidson Technical Services and spends much of her time arranging music for and singing with her a cappella group, The Nuances.