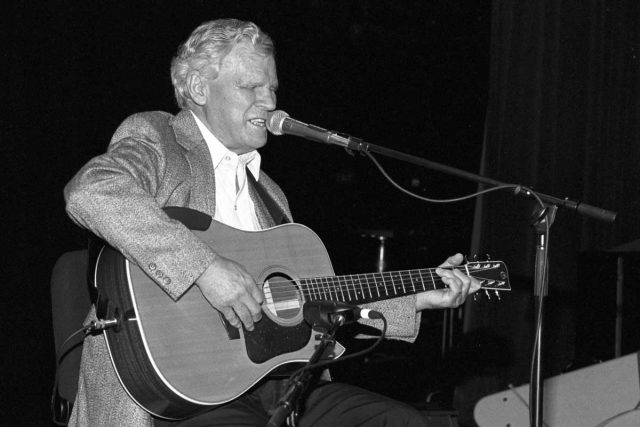 Arthel “Doc” Watson (1923-2012) was a blind guitar player best known for his pioneering role in the flat-picking tradition. Watson lost his sight as a child due to infection and thus had to learn by ear. Despite this disability, he began learning banjo and harmonica at a young age according to UNC professor Phillip Gerard. His willingness to expand from the Appalachian ballad tradition he grew up in to the finger-picking Blues genre was remarkable.

Watson admired country blues guitarist “Mississippi” John Hurt, and musician Tom Paxton recalled from a gig where they were both booked at the Gaslight in Greenwich Village that “Doc had his tape recorder out and was recording song after song as Hurt dug deep into his repertoire.” John hurt was known for his rhythm-driven style that relied heavily on the bass-thumb pattern, often putting emphasis on the offbeat. Here is a video recording of his “Spike Driver Blues”:

The influences of Hurt’s version can be easily heard in Watson’s recording:

In numerous other online videos, Watson credits Hurt’s version with the tune. The version Watson plays here is much different than his usual, fast-paced and melodically driven style. Like Hurt, he puts emphasis on maintaining the alternating bass-thumb rhythm as opposed to the melody. Though we can clearly see Hurt’s finger-picking pattern in the first video, Watson could not and so he had to learn this tune by ear alone (Watson did not read Braille).

According to Gerard, Watson discussed his disability in a 1999 interview: “I think the handicap made me realize I have to depend on others…There was a time when I had a persecution complex because of the handicap… when I was much younger… But what brought me out of feeling sorry for myself was life itself… Life is the best teacher of all.”

Dylan Morris is a senior at Davidson College.