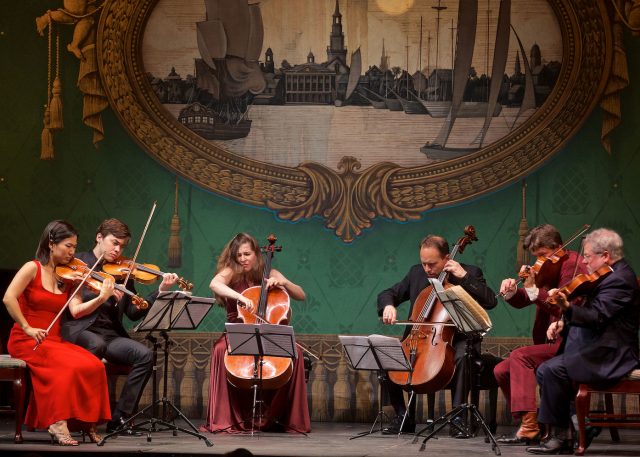 The Dock Street Theatre in Charleston is a remarkable venue. With its graceful exterior architecture, it matches the charm of the surrounding historic neighborhood. Its seating provides an intimate experience for audience members, and its brick courtyard is a pleasant space for refreshment during intermissions. But to me what’s most impressive about it is its versatility. During this season of the Spoleto Festival USA the Dock Street stage is the home of the Vivaldi opera Farnace and the Beckett play Waiting for Godot running in repertory, yet the theater also still houses the twice-daily performances of the justly celebrated Spoleto Chamber Music Series. 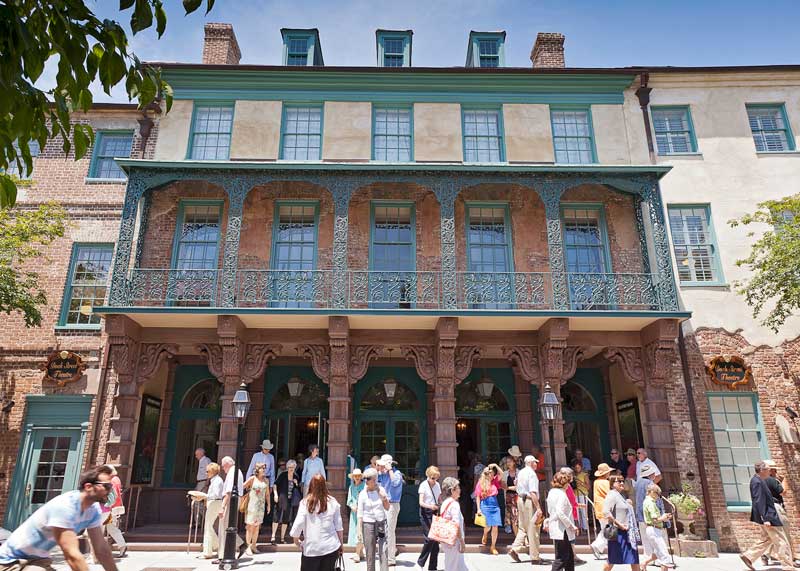 On the morning I attended a performance in the series the program featured a lilting Bach concerto, a contemplative multi-media world premiere for piano and video, and the emotionally raw Piano Trio in D Minor by Robert Schumann, all three works superbly performed. The distinguishing feature of all the events in the series is the charismatic, informal and insightful commentary of the series director, Geoff Nuttall. There’s also the wonderful vantage point provided by the house itself, which enables you to see the interaction between the musicians – and occasionally with the audience – in a way that’s simply not possible in most performance halls.

While the program I enjoyed won’t be performed again during this festival, there are many others planned with a wide range of music and performers. The concerts are given daily through June 11th at 11 a.m. and 1 p.m. If you enjoy chamber music, you’re not likely to be disappointed attending any one of them.

My first experience with contemporary opera at Spoleto Festival USA was Kaija Saariaho’s Émelie in 2011, which I found moving and enthralling despite the unusual character of the music – or perhaps because of it. So I was open to a similar experience this season with Quartett, written the same year with music and libretto by Luca Francesconi. And there’s no faulting the skills of all of the technical and performing artists collaborating on this production, which was first staged at the Royal Opera House at Covent Garden, London. My qualms are with the story itself. 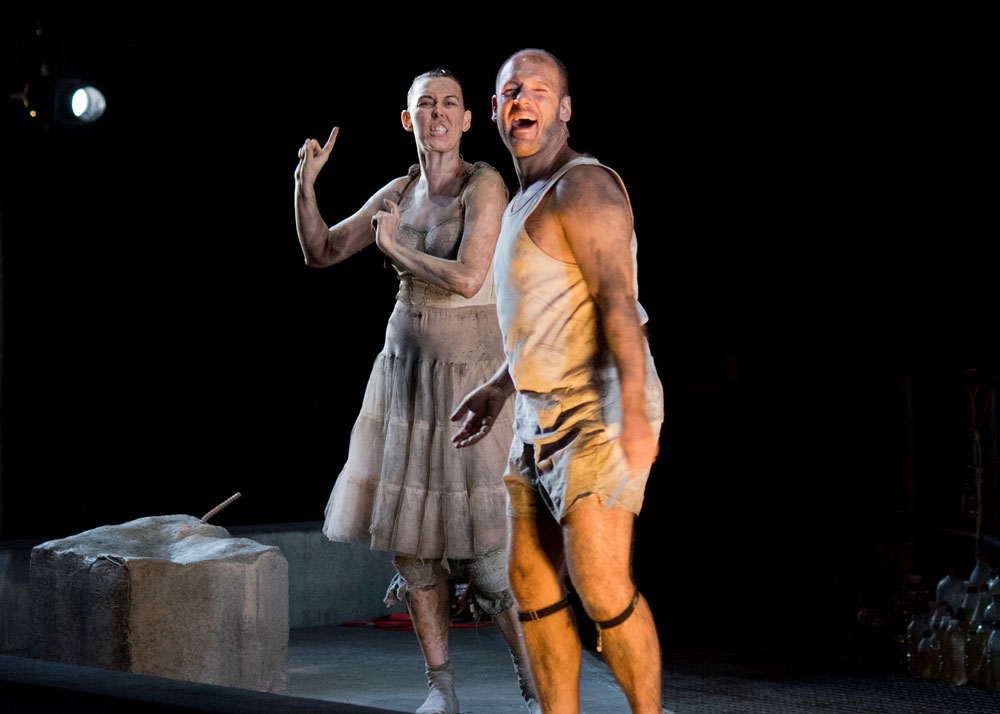 Quartett is an adaptation of a 1980 play by Heiner Müller, which in turns takes as its source the novel which inspired the film Dangerous Liaisons. But in this opera we find no malevolently beautiful figures like Glenn Close and John Malkovich, no occasional moments of wicked humor as relief, no respite in the elegance of beautiful settings, costumes, or for that matter, music. Instead there is an apocalyptic landscape, represented by a narrow playing area for the singer/actors on metal grids downstage of the orchestra. Suspended over the stage are long, pale shreds of fabric on which are projected all manner of atmospheric lights and eerie animations. The only characters in the piece, the Marquise and Valmont, are clad in grimy underclothes and covered in dirt, as if they’ve survived some cataclysm.

The music is atonal and demanding, and the cliché would be to describe it as horror movie music, but that’s actually quite appropriate for a tale in which two human monsters battle to the death while role playing disturbing scenarios. Mezzo-soprano Adrian Angelico and baritone Christian Miedl are daring and virtuosic in the roles, which they inhabit fully. Angelico possesses a ferocious lower register but can still hit penetrating high notes, while his voice has a brassy burnish; Miedl also occasionally uses a “head voice” for falsetto passages to nightmarish effect. Their voices are amplified, not necessarily to compensate for the hanger-like space at Memminger Auditorium, but primarily because at points they are electronically distorted for dramatic effect. The singers are also featured in recorded sections with a larger orchestra and choir. 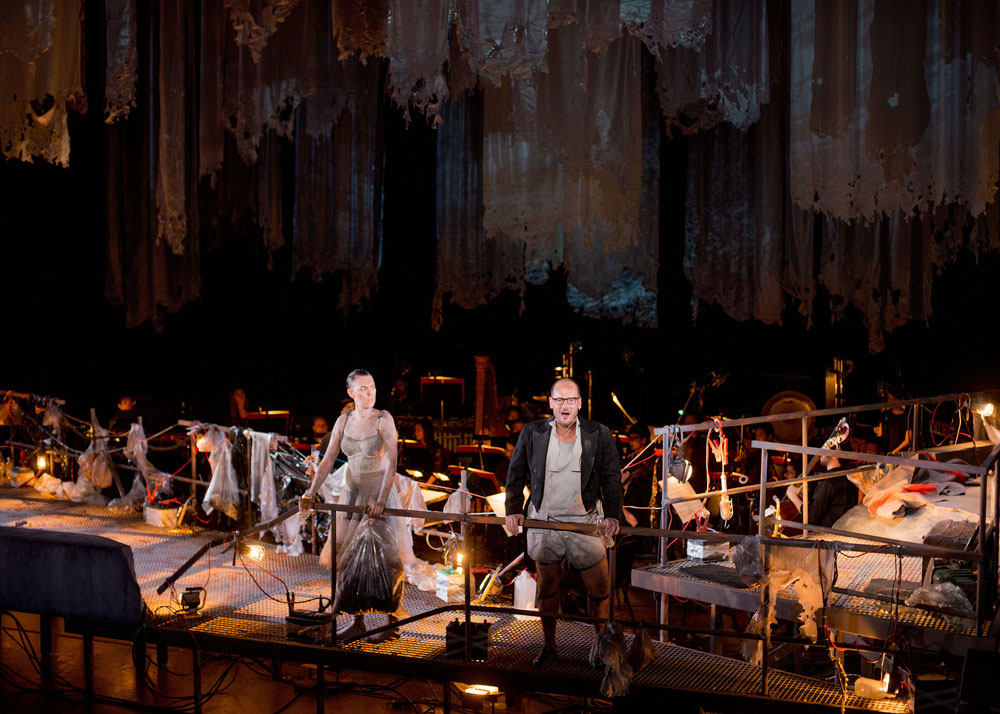 The live chamber orchestra on stage with the singers performs a tour de force of disorienting and unsettling effects, and under the direction of John Kennedy blends so seamlessly with the pre-recorded and electronically altered musical episodes that it’s nearly impossible to distinguish between the live and recorded music.

But ultimately it’s a bleak and unedifying story focused on depraved individuals detached from their own humanity. The composer seems to suggest in his program notes that this is an unfortunate aspect of our world that he wants the audience to reflect upon, but it’s hard to understand how witnessing this in operatic form provides any meaningful insight. Still, it’s gratifying to know that there is a place at Spoleto Festival USA for this type of challenging contemporary work, and there was clearly an appreciative audience for it at the performance I attended.