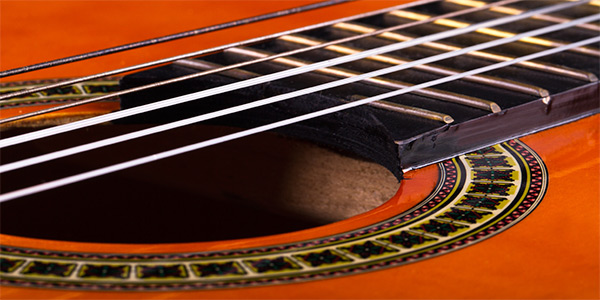 The Music of Hispanic Heritage Month

Celebrate National Hispanic Heritage Month – September 15 to October 15 – with music by Spanish and Latin American composers and performers.  Learn some names and pieces you may not know – and enjoy the familiar ones you already do – with music and information on some major figures in Latin American music.

Leo Brouwer
Born Juan Leovigildo Brouwer in Havana, Cuba on March 1, 1939, classical guitarist and composer  Leo Brouwer has become known for his enormous impact on classical and guitar music. He made his professional debut at only 17 and received his training at the Julliard School of Music. His compositions reside in a style of “national Hyper-Romanticism” in which he incorporates tonality and traditional form into his Afro-Cuban roots. Brouwer is also a conductor and has been instrumental in establishing a Cuban musical scene since the completion of his education.
Listen to Leo Brouwer – El Decameron Negro

Ástor Pantaleón Piazzolla
Argentine composer Ástor Pantaleón Piazzolla (1921-1992) is best known for his revolutionary style of tango termed nuevo tango. A native of Mar del Plata, Argentina, Piazzolla began to incorporate jazz and classical elements into his tango compositions only after his studies in Paris. Though this new style was widely acclaimed in Europe and North America, it made him a controversial figure both musically and politically in his own country. Piazzolla was a also master bandoneonist and regularly performed his own pieces.
Listen to Astor Piazzolla – Milonga del Angel

Ernesto Lecuona
Born in Cuba in 1895, Lecuona studied piano with his sister Ernestina, a famous pianist. After going on to study at the National Conservatory in Havana, Lecuona —  nicknamed the “Cuban Gershwin” — became one of the best-known musicians in Latin America. Lecuona became a prolific composer of piano pieces, movie scores, and went on to become a founder of the Havana Symphony.
Listen to Ernesto Lecuona – “Andalucia” Suite Espagnole

Isaac Albéniz
He began his career as a child prodigy and never slowed down. Isaac Albeniz (1860-1909) was a pianist and composer who created distinctly Spanish nationalist music, with roots based in folk music idioms. Many of his piano pieces are now known their adaptations for guitar, including such seminal pieces for classical guitar such as Granada, Sevilla, Cadiz, and Tango in D.
Listen to Isaac Albeniz – Asturias

Looking for More Music? Try Concierto!
To enjoy the music beyond Hispanic Heritage Month, tune to Concierto, a bilingual program that celebrates the contribution of Spanish and Latin American composers and performers to the world of classical music. (Learn more about Concierto on NPR: “Concierto: A Latin Twist on Classical Music”). 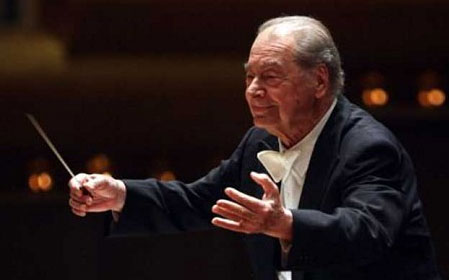 “Born on 15 September 1933, Frühbeck de Burgos first took up conducting while on military service in the army, progressing to the Hochschule für Musik in Munich. He went on to work with orchestras across the world, including the Rundfunkorchester Berlin, the Deutsche Oper Berlin, the Montreal Symphony Orchestra, the Bilbao Orchestra and the Vienna Symphony.”

A diminutive Spanish pianist with a giant talent passed away Friday night. Alicia de Larrocha was beloved as an interpreter of both Mozart and Spanish composers, and played with a lightness and subtlety that seemed to match her small stature. She gave her first recital at five, had her orchestral debut at age nine, and continued her career until just a few years ago when she formally retired. In addition to her role as a concert artist, she was a capable and respected teacher and arts administrator at the Frank Marshall School in Barcelona, where she herself studied with the founder as a child. Read about the highlights of her career and her approach to music making by clicking here.