After finishing The Nutcracker, Pyotr Tchaikovsky set to work on what would become his famous Symphony No. 6 in B minor, Op. 74 “Pathétique.” At the age of 53, the Russian composer had gained European fame and legendary status. Prior to beginning work on his masterpiece, Tchaikovsky traveled widely. The composer returned to his home in Klin, however, in order to work on the symphony as well as a third piano concerto (Op. 75) and eighteen piano pieces (Op. 72). Tchaikovsky’s accomplishments, fame, and work could not alleviate Tchaikovsky’s state of depression at this time, though.

His Symphony No. 6 in B minor, Op. 74 “Pathétique” demonstrates the complexities of his personal life, but does so in a calm and mysterious way. The symphony, especially movement III, portrays the difficulties of Tchaikovksy’s life and his inner troubles. It is almost a plea for people to recognize his pain.

Even though he was a busy man working on several compositions around this time, Tchaikovsky led the first performance of his Symphony No. 6 on October 16, 1893. Nine days later, the composer died. The official explanation was that he suffered from cholera due to drinking a glass of unfiltered water while dining at a restaurant.

The end of Tchaikovsky’s life remains mysterious and controversial. Scholars debate whether the famous composer died due to cholera or an act of suicide. The latter hypothesis derives from Tchaikovsky’s sexual orientation. As a supposed homosexual, the musician may have been influenced by his native country to kill himself. The government did not embrace homosexuality, and many fear Tchaikovsky was pressured into thoughts of suicide after rumors emerged about his relationship with the nephew of a powerful noble.

Tchaikovsky’s music — including Symphony No. 6 and earlier works like The Nutcracker and Eugene Onegin —  not only shows the inner turmoil he experienced during his life, but furthermore likely provided a primary outlet as well as a source of solace.

The third movement of Tchaikovsky’s Symphony No. 6 can be heard here:

Tchaikovsky, while he showed a darker side through his composition of Eugene Onegin, expressed himself differently in a later work. His composition of The Nutcracker, Op. 71 demonstrates his capability to use his personal struggles to create breathtaking music.

Tchaikovsky was commissioned to compose an opera to be produced simultaneously with a two-act ballet. Iolanta, the opera that resulted from this commission, ended up being completed before the ballet. The Nutcracker was delayed further because of Tchaikovsky’s conducting engagements at the opening of Carnegie Hall in New York City.

When it came time for Tchaikovsky to begin work on The Nutcracker, it was shortly after his sister passed away. Tchaikovsky became immersed in the ballet. He found solace in the character of Clara, who he saw as a parallel for his sister Sasha. Just like Eugene Onegin (discussed in last week’s blog of our four-part series on the Russian composer), Tchaikovsky found comfort in music during a difficult time in his life.

An interesting side note comes from an old rumor. It is believed that Tchaikovsky argued with a friend who speculated that the composer was incapable of writing a melody based on the notes of the octave in sequence. Tchaikovsky, after being assured it did not matter if the notes needed to be in ascending or descending order, wrote what would become the “Grand Adage” from the Grand Pas de Deux of Act Two. This is the scene where Clara dances with the Nutcracker Prince. The score of The Nutcracker is also noteworthy because it contains the use of the celesta. This was one of the first times the instrument was prominently used in a major music score.

The Nutcracker premiered a week before Christmas in 1892, just two years before Tchaikovsky’s death, and was not met with success. Tchaikovsky’s work contains many surprises, though. It shows both the ingenuity of the composer as well as his emotional state at the time — and despite its initial reception, The Nutcracker has grown to become among the most famous and beloved ballets today.

A listen to perhaps one of the most famous ballet excerpts, the “Waltz of Flowers,” shows the composer’s sensitivity:

Next week: We conclude our four-part series on Tchaikovsky with a look at his most famous work, Symphony No. 6 in B Minor, Op. 74, “Pathétique.” The last work premiered before the composer’s unfortunate death, and it is considered one of his greatest. 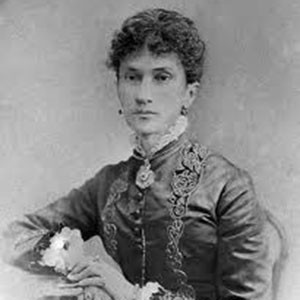 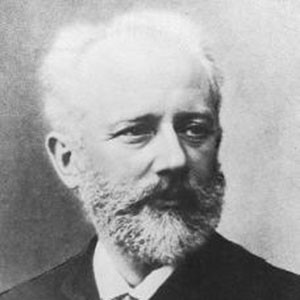 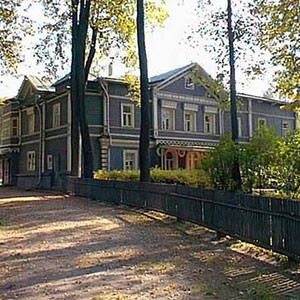