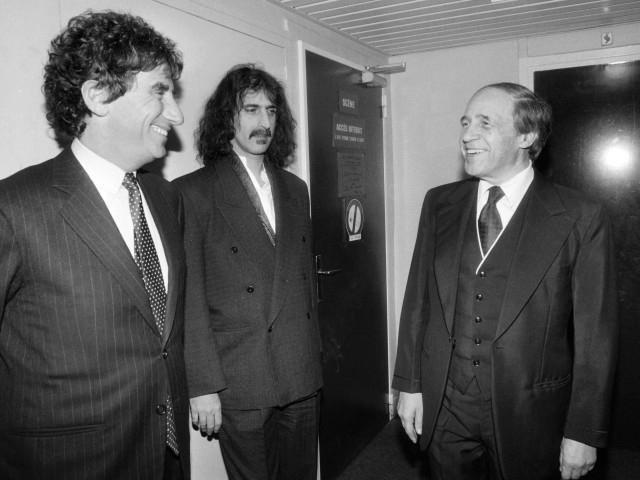 Composer Pierre Boulez, A Revered Iconoclast, Has Died At 90

Pierre Boulez, the French composer and conductor whose career spanned from the avant-garde post-World War II era to the computer age, has died, according to the French culture ministry. He was 90. Boulez famously challenged his peers and his audience to rethink their ideas of sound and harmony.

In his music, Boulez often created rich and contrasting layers that were built on musical traditions from Asia and Africa, and on the 12-tone technique pioneered by Arnold Schoenberg — as in his 1955 work, Le Marteau sans maître (The Hammer Without a Master).

“I see music as a kind of continuity, like a big tree,” Boulez told NPR in 2000. “Of course there are many branches, many different directions. I think music is in constant evolution, and there is nothing absolutely fixed and rigidly determined.”

NPR’s Tom Huizenga cited the quote in a piece last year examining the composer’s rebellious roots: Boulez once disrupted a Stravinsky concert, and later said that opera’s problems could be solved by blowing up opera houses.

Boulez also had a knack for polemics — for instance, The Guardian referenced this quote: “anyone who has not felt… the necessity of the dodecaphonic [12-tone] language is OF NO USE.”

But the oft-repeated idea that his music was centered in mathematics is a bit overblown, Boulez told Fresh Air host Terry Gross in 2005.

Saying that a musical language always includes both rational and irrational parts, he noted, “What I tried to find, that’s freedom — but a freedom which is based on discipline.”

Boulez, who won 26 Grammy awards, had a prodigiously broad musical reach. In the 1970s, he founded the IRCAM music and science research center at the Pompidou Center in Paris. That’s where, in 1984, he conducted music from Frank Zappa’s album The Perfect Stranger.

Born in 1925, Boulez studied at the Paris Conservatory under Olivier Messiaen and René Leibowitz, before embarking on a career that perpetually sought new and modern approaches to music.

Discussing Boulez’s work on the podium back in 2010, Fresh Air’s Lloyd Schwartz wrote:

“Boulez is famous for his amazing ear. He lets you hear every detail. But there are two other Boulez qualities he isn’t often given credit for. One is his innate and effortless sense of the right style. In Boulez’s hands, Haydn’s symphony — for a change — actually sounds Viennese.”

As for his famous statement that opera houses should be blown up, Boulez told Fresh Air in 2005 that he was only joking. The headlines that followed, he said, missed the humor in the statement.

“That was very funny to me,” Boulez said. “A number of times I have heard this quote. I thought I would have said only one sentence in my life.”