END_OF_DOCUMENT_TOKEN_TO_BE_REPLACED

On Tuesday, October 20 in WDAV”s Mozart Café, The American Chamber Players dropped by the WDAV studios to perform selections of Bach and Mozart – and to chat with Frank Dominguez about chamber music. Watch a video excerpt from their visit!

END_OF_DOCUMENT_TOKEN_TO_BE_REPLACED

Spoleto Today was invited to attend a 9 a.m. rehearsal today of the Chamber Music players. Many thanks to Geoff Nuttall, Chris Costanza, Todd Palmer, Lesley Robertson and Scott St. John for having us! All photos copyright 2009 WDAV. 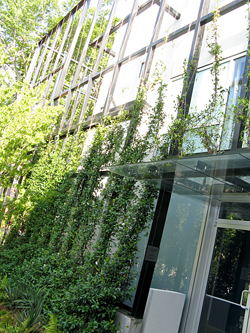 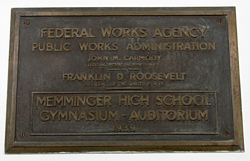 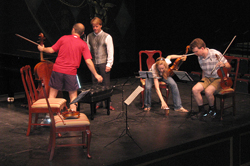 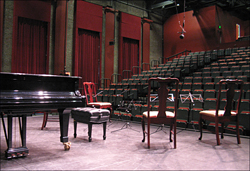 END_OF_DOCUMENT_TOKEN_TO_BE_REPLACED

Listeners throughout the Carolinas and around the world can hear the full line-up of Spoleto Festival USA 2009 Chamber Music Concerts just days (and in some cases hours) after they are performed for live audiences in Charleston, SC. Thanks to the groundbreaking media partnership between South Carolina ETV and WDAV 89.9 Classical Public Radio, classical music fans can hear these concerts while the Festival is still in full swing – and for the week immediately following its close. The 2009 Spoleto Chamber Music series – as well as two bonus concerts — will be broadcast in the Charlotte NC region on WDAV-FM 89.9 Classical Public Radio and on South Carolina ETV Radio’s Classical NPR stations: WSCI-FM Charleston 89.3, WEPR-FM Greenville 90.1 and WLTR-FM Columbia 91.3. Online listeners can hear it at www.spoletochambermusic.org. WDAV’s Jennifer Foster hosts the broadcasts (unless otherwise noted). The broadcast schedule and featured works for the rest of the week are:

END_OF_DOCUMENT_TOKEN_TO_BE_REPLACED 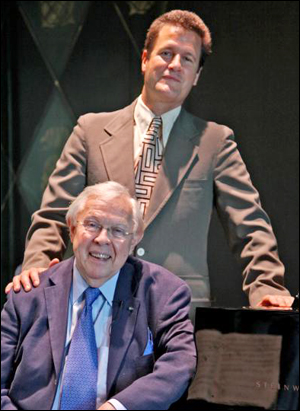 END_OF_DOCUMENT_TOKEN_TO_BE_REPLACED

For 53 years, the Beaux Arts Trio has been bringing chamber music to audiences large and small.With founder Menahem Pressler, the trio plays its final U.S. concert at the Tanglewood Music Festival this week, the place the group got its start. Read more at the NPR Music site.