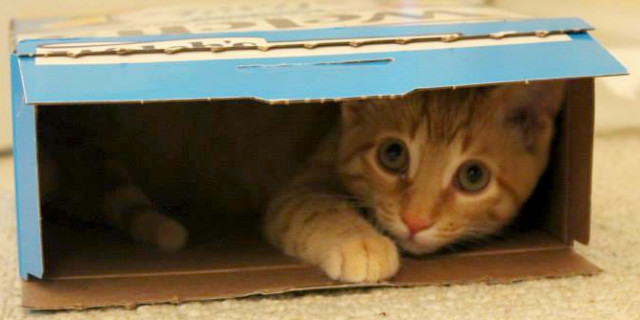 Cats are notoriously picky. Admittedly, I have a strong dog bias, but I’m far from alone in feeling that cats — while adorable — have an air of judgment about them. And it doesn’t seem that they’re exactly wowed by the world around them.

What kind of music, then, do animals with such high standards prefer? Do cats even like music at all? Silly questions, perhaps, but they’re questions that researchers have taken on in an attempt to investigate a very non-silly issue: species-specific music. 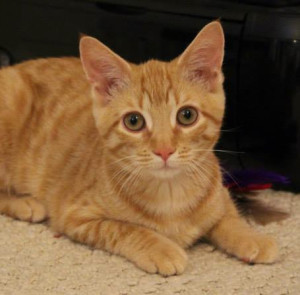 Siena, the cat of WDAV Marketing Coordinator Kali Blevins. While not a music fan yet, will Rusty’s Ballad or Spook’s Ditty change that?

Researcher and musician David Teie set out to learn what kind of music cats enjoy. Teie’s resume is astonishingly full: Teie has played with the National Symphony and the San Francisco Symphony. He’s been commissioned by Leonard Slatkin as well as Echobrain, the rock group founded by a former bassist of Metallica. In addition, he’s a former Fulbright scholar and has studied the cognitive processes of music appreciation. It’s the kind of professional background that leads one to suspect that he’s lived five lives. And now, he’s researching the species known to live nine.

Teie’s findings? Cats do like music. Yet it’s not the kind of music that you or I would probably like. Much like with other things, cats go their own way. Cats like music that’s high pitched and grooves to a purring tempo. It seems a bit psychedelic, perhaps pairing well with an afternoon of cat nip. Teie’s even composed pieces that meet these standards.

What will your cat think of this music? If you’ve got feline friends at home, play them Teie’s compositions and let us know if your cats groove to his tunes. Try either Rusty’s Ballad or Spook’s Ditty.

If your cats dig the music, you can purchase Teie’s compositions for your cats on his website: Musicforcats.com.