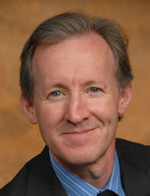 On Tuesday, Benjamin K. Roe was named the new general manager of WDAV. Most recently NPR”s director of music and music initiatives, Ben Roe is a consummate public radio professional with a long and impressive resume bringing over 25 years of public radio and media experience to the job. He is a Grammy and Peabody Award-winning producer who brings a wealth of experience and knowledge to his new role at WDAV. Perhaps best of all, he”s a music, culture, and media afficianado! Read more about Ben at the and at Ben”s blog.