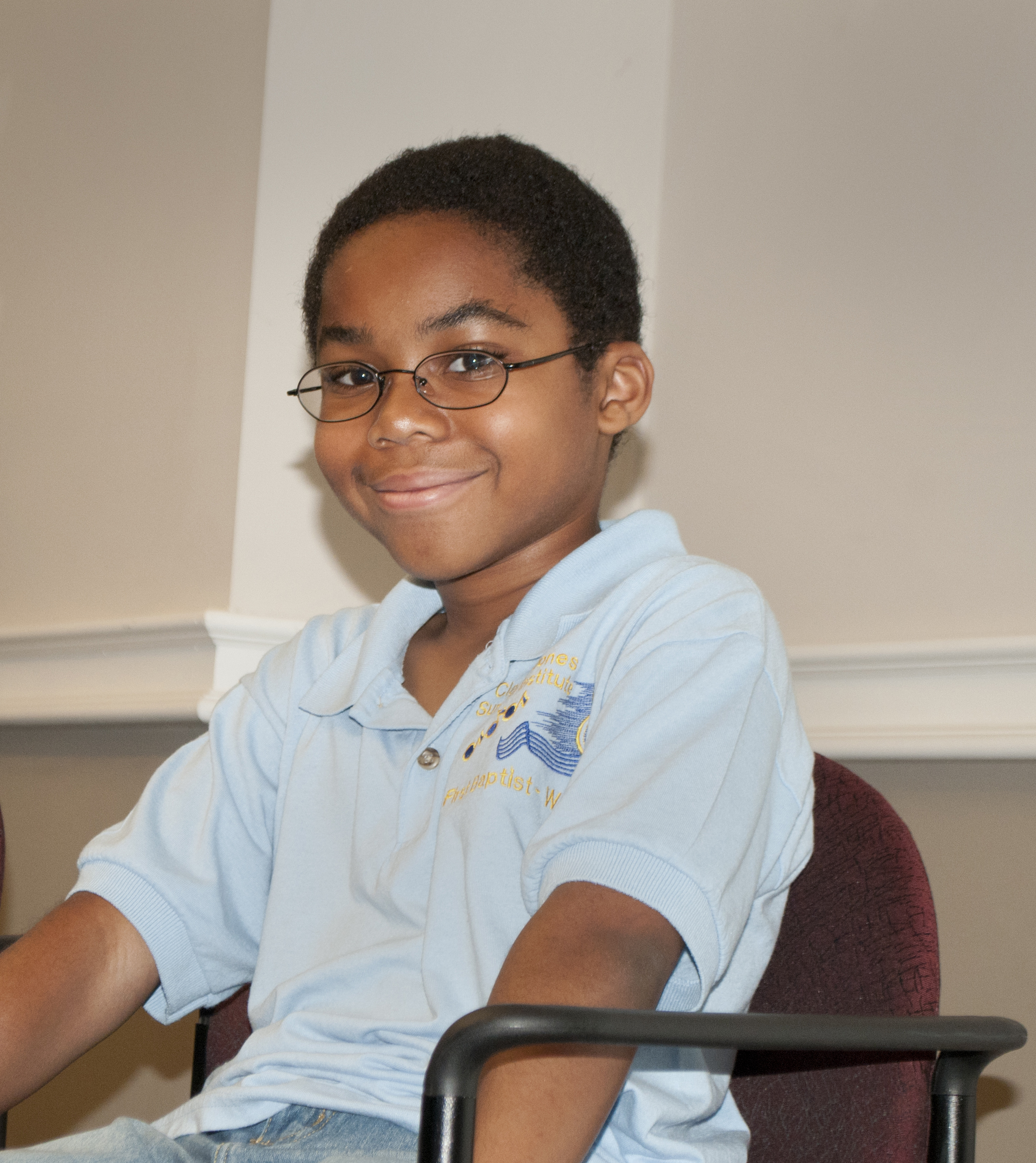 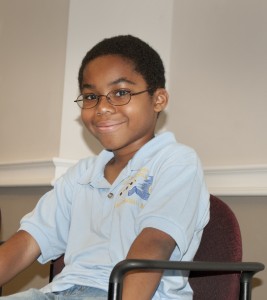 On Friday, July 6, WDAV opened its doors to some special guests. Invited by board member Andrew Adair to tour the station, thirty-eight ten to fourteen-year-olds from the Clara H. Jones Summer Institute – a six-week program that focuses on improving fine arts skills as well as increasing reading, math, and science competency – filed into our conference room in matching turquois T-shirts. After a brief introduction by General Manager Scott Nolan, the group split in half – the boys starting with a presentation on radio and classical music while the girls explored the station. With most of the WDAV staff off at Brevard Music Center to record performances for our SummerStages program, this visit brought welcome activity to what would have been an oddly quiet Friday morning. And we were ready to record this excitement in every form of media possible. You can hear New Media Assistant George Marshall’s audio adventures with the kids here.

With pen and paper in hand – someone had to do some old school reporting – I tagged along with the seventh and eighth-grade girls on a tour led by WDAV staff member Sarah Demarest. Our first stop was the Music Library, which houses thousands upon thousands of CDs. “Does anyone have this many CDs at home?” Sarah asked as the group gazed at the station’s music collection. Then Sarah joked, “Does this age still know what CDs are?” She does make a good point. Even here at WDAV, we are almost entirely digitalized; our Music Library exists only for backup. Welcome to the twenty-first century. 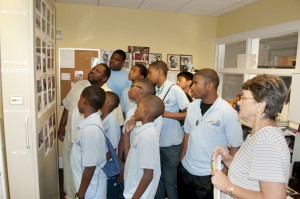 Our next stop was a soundproof editing/production studio. One student tried her hand at opening the studio door, a task harder than it looks. After putting her full weight on the door (and using her foot for some extra leverage), she was able to release the airtight seal, and the door opened. We filed into the room as Sarah began to explain a bit about the audio editing process. The girls listened, wide-eyed and curious.

“This is the same kind of soundboard you would use if you were a producer making music,” added one of the Institute’s chaperones when Sarah had finished speaking. “So, if you saw Let it Shine [the latest Disney Channel original movie] and saw him working, this is the same kind of thing.” The room filled with an animated chorus of “ohhhh.” In an inspiring moment of teaching, the chaperone made a connection the girls could easily understand. Suddenly, the world of classical music no longer seemed so far removed from that of pop music. 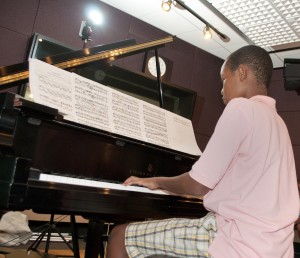 Michael Muchane performing for the students

Moments later, my tour group met the fifth and sixth-grade girls – they had been doing the same tour backwards – in front of the performance studio. Patiently waiting at the studio’s piano was rising tenth-grader Michael Muchane. Michael has been playing the piano since age seven. He has competed in local and state competitions, performed large scale recitals, won several awards, and has volunteered his time to play in churches and nursing homes. And luckily for us, he was prepared to give a quick concert. Hear Michael play his three pieces by clicking the links below.

We had one more stop left on our tour of the radio station: the broadcast studio. Unfortunately, we had no live announcers around – meaning no opportunity to see the red “on air” sign light up – but the discussion of how the automation system runs the station sparked some discussion. One student asked a question that has likely been on every radio listener’s mind: “What if someone messes up? Can they stop it or redo it?” The short answer is no. Live announcers don’t get a second go-around. Despite the five-second delay in the radio transmission, as Sarah put it, “what [the announcers] say is for everyone to hear.” 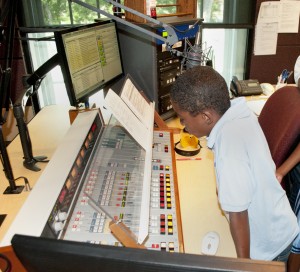 Student examines the sound board in the broadcast studio

With the tour complete, I followed the girls into the conference room from which the boys had just emerged. Once all twenty-some girls had settled into their chairs, Peter Browne, a WDAV board member, began his presentation, which was complete with props and a PowerPoint. Peter started by ringing a hotel desk-sized bell.

.  The group then climbed back on to their bus, collected their complimentary bags of WDAV goodies, and drove back home to Charlotte. 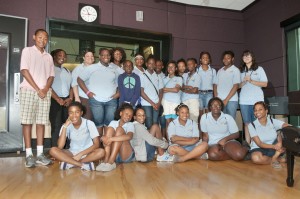