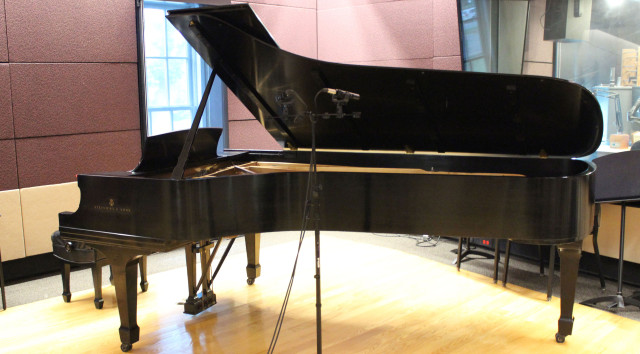 For the Sake of One Note! 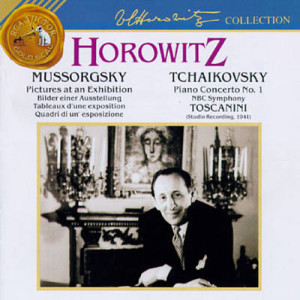 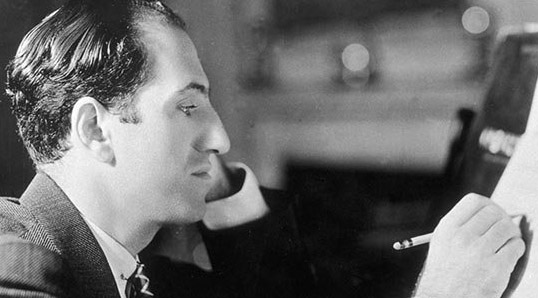 “Rhapsody in Blue” Gets a Revamp

Rhapsody in Blue – that jazz-infused orchestral marvel from one of America’s quintessential 20th century music makers, George Gershwin – has become a mainstay in the repertoire of many ensembles across the world. A quick review of WDAV’s playlist for the past year brings up more than thirty specific airings of this piece. The performance groups range from the Prague National Symphony to the Cleveland Orchestra to the City of London Sinfonia – among many others!

The following is a YouTube video featuring a very different kind of ensemble, Liquid Tension Experiment, performing this iconic piece of Americana:

And, while this version may not be to everyone’s taste, it certainly demonstrates the elasticity of Gershwin’s musical genius!

For a more traditional rendition featuring another American icon – Leonard Bernstein himself at the piano with the New York Philharmonic – check this video out: 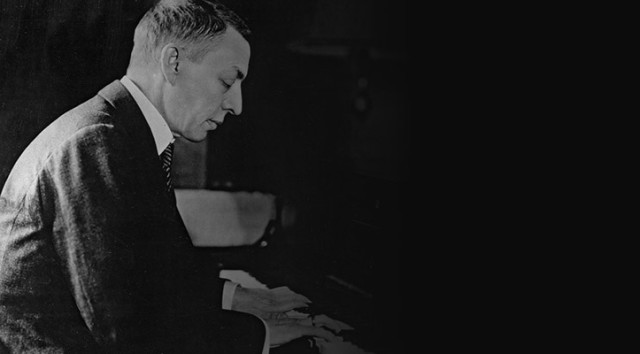 A Rachy Beginning: Rachmaninoff’s Symphony No. 2

One of the main reasons for enjoying a piece of music is how it appeals to the ear and, perhaps, to the emotions. But for many, knowing the back story of a composition can often enhance one’s appreciation. Kind of like that somewhat apocryphal lark of how Paul McCartney’s original title of the Beatles’ classic Yesterday was “Scrambled Eggs” – how can you not listen to that song a little differently once you know that?!

Similarly, Sergei Rachmaninoff’s Symphony No. 2 in E minor has some interesting stories attached to it. The piece was composed in 1907 while Rachmaninoff was in Dresden, Germany, where he moved his family after serving two years as Maestro of the Imperial Opera at the Bolshoi Theatre in Moscow. This move allowed him to focus more time on composing (for which he felt himself more suited) rather than conducting.

During this sojourn, he had three musical compositions to work on: (1) a piano sonata; (2) an opera; and (3) his Second Symphony. Interestingly, he ultimately completed the sonata and the symphony; the opera, Monna Vanna, would go unfinished. 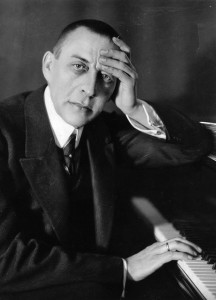 You may know the story of the disastrous premiere of Rachmaninoff’s First Symphony in 1897 and how the negative reviews sent him into a deep depression. One can just look at photographs of the composer and get an overwhelming sense of brooding melancholy. In fact, Igor Stravinsky, another well-known Russian composer, “lovingly” described Rachmaninoff as a “six and a half foot scowl.”

By 1907 and the writing of Symphony No. 2, Rachmaninoff had recovered significantly from this early setback. The first major work upon regaining his musical bearings – his Piano Concerto No. 2 – had earned him the Glinka Award in Russia. It’s worth noting that he would also receive the same award for the Second Symphony.

In spite of this, the composition of this work was not an easy task for the composer. A quick walk through of some of Rachmaninoff’s correspondence to a trusted friend back in Russia demonstrates his angst:

February 1907 – “As you may have heard something about [me writing a symphony], I want to say a few words on the subject. I really did finish a symphony, but to this must be added the phrase ‘in draft.’ I have not announced it to ‘the world,’ because I wanted first to complete its final writing.”

April 1907 – “Then there’s the Symphony to be trimmed . . . that only its draft is complete. Not enough time, and besides, to tell you the truth, I’m tired. As for the quality of things, I must say that the worst of all [the pieces I’m working on] is the Symphony. When I get it written and then correct my first Symphony, I give my solemn word – no more symphonies. Curse them!”

May 1907 – “Two days ago I played the sonata for Riesemann, and he doesn’t seem to like it. Generally I’ve begun to notice that no matter what I write lately – nobody likes it. And I myself often wonder; maybe it is all nonsense.”

August 1907 – “For two weeks now I have been busy with the orchestration of the Symphony. The work proceeds very laboriously and sluggishly. If I don’t speed up (which I hope I can), the Symphony won’t be complete in less than six months.”

Symphony No. 2 was completed and had its premiere in St. Petersburg, Russia in late January 1908 – with Rachmaninoff conducting! On February 2, 1908 the composer conducted a performance of the Symphony in Moscow (and also performed his Second Piano Concerto!). Yuli Engel, a leading reviewer of the time, wrote:

Despite his thirty-four years [Rachmaninoff] is one the most significant figures in the contemporary music world, a worthy successor to Tchaikovsky.

This was confirmed most impressively by the new E minor Symphony by Rachmaninoff. After listening with unflagging attention to its four movements, one notes with surprise that the hands of the watch have moved sixty-five minutes forward. This may be slightly overlong for the general audience, but how fresh, how beautiful it is!

The Second Symphony underwent numerous revisions during Rachmaninoff’s lifetime – even to the point of reducing the overall length from 60-plus minutes to 35. However, since 1970, most orchestras have opted to perform the full work when it is included in their season schedules. For this – and for the fact he didn’t keep his promise to never write another symphony – we can be most thankful!

Rachmaninoff’s Symphony No. 2 will be featured on Open Air Brevard on Saturday, July 11 at 3pm with a repeat Thursday, July 16 at 9pm 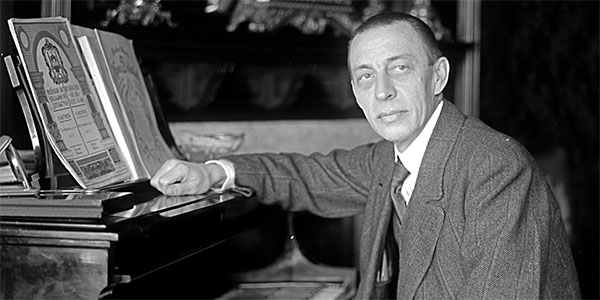 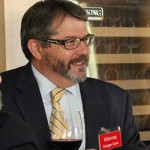 People find connection to classical music in various ways. Some develop their affinity through musical training during their childhood. Others may be introduced to it by a close friend. Still others may “back” into it in unexpected ways.

Regardless of how one comes by their appreciation of the classical music genre, my experience has shown that many people maintain a strong bond to the pieces and composers that first grabbed their attention.

For me, it was the music of Sergei Rachmaninoff (1873-1943). While I did have some formal music educational experiences growing up – instrumental (trumpet) and choral – I have come to love the piano. And, while many have composed for piano – no one tops Rachmaninoff for bringing out the depth and breadth of the instrument. My guess is that since he was also a singular talent on the piano, he had keen insight into how to write music for it.

I recently ran across the following quote from someone who heard him perform:

“He (Rachmaninoff) demonstrated every time he played that variations of tone quality can be accomplished by pressure, weight, force, pedaling, and by the laxity or rigidity of the fingers, wrists, elbows, and shoulders. If you have ever heard him play his Second Concerto, you could have observed a beautiful illustration of this. The eight solemn chords at the beginning each individually shaded and colored, yet progressing as a unified phrase and with growing power toward an inevitable climax – these darkly glowing chords, sheerly because of their tonal differences, constitute one of the great exordia in music.”
O’Connell, The Other Side of the Record, Alfred A. Knopf 1947, p. 163.

I, too, must confess that I am a child of the 1970’s – and have lived to talk about it! The popular music of that era was an important part of my growing up and as it turns out there is a great Rachmaninoff connection. Two of my favorite songs of the 70’s were by Eric Carmen. Some readers may confess to remembering them: All by Myself and Never Gonna Fall In Love Again. 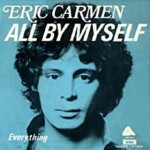 An interesting aside in the Carmen-Rachmaninoff story is that when Carmen released All By Myself, he thought that Rachmaninoff’s music was in the “public domain” and usable with no restrictions. It turns out Carmen was contacted by Rachmaninoff’s estate and informed otherwise. A settlement was quickly reached and, given Carmen’s love of Rachmaninoff music, I’m sure he didn’t mind contributing to the composer’s legacy.