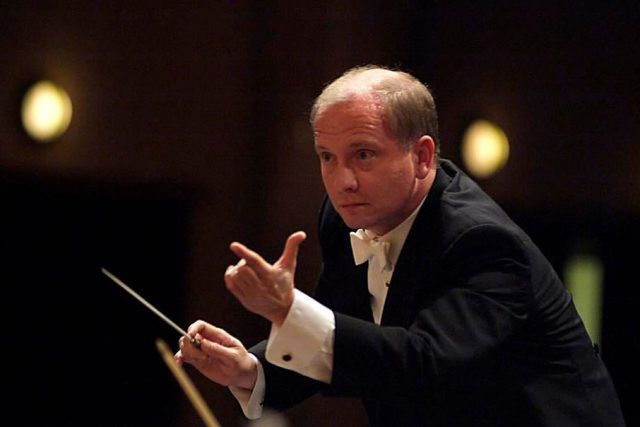 [Audio] Correspondence from Ukraine: The Journey of Maestro Theodore Kuchar

Ukrainian American conductor Theodore Kuchar is one of millions of people who have been forced to leave Ukraine since Russia began its invasion on February 24th. Although he was born in New York City and raised in Cleveland, he has strong ties to Ukraine. His parents are Ukrainian, and he’s been leading orchestras there since the 1990s, first as the principal conductor and artistic director of the National Symphony Orchestra of Ukraine based in Kyiv and most recently as principal conductor of the Lviv National Philharmonic Orchestra of Ukraine.

Kuchar recently talked to WDAV about the situation in his adopted country now and when he first arrived there thirty years ago.

“It was amazing for me when I began my relationship with the National Symphony Orchestra of Ukraine in 1993. I came to Kyiv as a Ukrainian speaker. I came to a city and a culture that was largely Russian speaking, although that was in the beginning of a change. You know, when the Soviet Union went down, there was a sense of democracy, a sense of freedom. And when I started my relationship and was appointed as principal conductor, I wanted to change things as well as I could. I didn’t come to change things politically. That couldn’t be done. But I wanted to change them musically.

I knew they weren’t putting an American in the most senior musical position in the country—and I was the first Westerner to be appointed to a major position in what was the former Soviet Union. I wanted to bring repertoire that they hadn’t done. I knew that I wasn’t there because of my good looks. I was in my late twenties at the time. They brought me in because, I think like every former Soviet country, they were looking to connect with the West. You know remember in the Soviet Union, there was bread on the table. There were probably dill pickles on the table. The borscht, beets grow very well in that soil. But no Soviet Union meant no Soviet infrastructure, and those first years of an independent Ukraine in the nineties were very difficult. The country was virtually bankrupt. And I realized they didn’t put me in this position just to come and discuss my interpretation of Beethoven symphonies. I realized my job was to change their life. And not only to change the life of the Ukrainian people, but to make the world aware of Ukrainian culture, specifically Ukrainian music.”

At the beginning of the invasion, Kuchar had no plans to leave Ukraine. But he began to receive warnings to leave from a number of people including the American ambassador.

“I wasn’t going to go. I had concerts. I had work. I had many colleagues; I had no reason to leave them at that stage. But to be an American who has some visibility, some profile, you have to be careful. And at that point when I saw what was happening in the east, already Kharkiv was getting completely demolished, watching that I realized it’s probably time to go to Poland.”

But getting to Poland was not easy, especially since he had waited several days. His first attempts to buy a bus ticket online were unsuccessful. Finally, after standing in line for a long time, his wife managed to find a ticket to Krakow. With that bus ticket, Kuchar began an eventful journey that took him to Poland, then Helsinki, Finland, and eventually to the United States. He shared some of his diary entries and personal correspondence with WDAV. In a message to Klaus Heymann of Naxos Records on March 2nd, he wrote:

“I have seen literally tens of thousands of people walking on highways with screaming children, dogs and cats in cages, boxes and suitcases. …what I have seen must be reminiscent of WWII. What I have heard and seen gives me a clearer picture of where this is headed. I am among tens of thousands and must find my own way to Krakow. NO, there are no buses or Uber. Even friends who are offering to come from Prague or Warsaw suddenly say there is little chance of buying gas for the car. I am the lucky one to have such a problem (a chorister from Vienna who works in IT has found someone who is on their way; I am thinking of those who don’t have the resources to even seek transport once in the EU.”

When asked about the situation of Ukrainian musicians he knows in Lviv, Kyiv, and the rest of the country, he pointed out that men aged 16 to 60 are not allowed to leave the country and are staying to fight.

“I would say everybody who I am close to, who communicates with me, they’ve all stayed. A few people have left Kharkiv, have left Kyiv, and they’ve come to Lviv because that’s as far west as they can go without leaving the country. And these people don’t want to leave the country. The Ukrainians that I know are very proud people. They will not let it go. They will not let some Barbarians come and destroy everything which has been a part of their life and taken over by people who have no right to it. I still would like to believe that I’m going back to Ukraine tomorrow. I would love to see the situation resolved, but I’m realistic.”

Theodore Kuchar may be realistic, but he is also moving forward and hoping for the best. He expressed a desire that his home country, the United States, take the lead in helping Ukraine survive the Russian invasion and likened the U.S.’s international role to that of an orchestral conductor who, as he says, “unifies those people around you.” And he is still anticipating an American tour by the Lviv National Philharmonic Orchestra of Ukraine which is scheduled for January and February of 2023. Stops in the Carolinas are planned. We’ll all hope we can hear them make beautiful music.

WDAV Program Director Frank Dominguez will receive the Leading Latino Artist Award for his role as host/producer of Concierto, WDAV’s bilingual Spanish/English classical music program, Saturday, June 16, 2012, at the Main Library in uptown Charlotte. The award will be given as part of the ArtSi’s Con A de Arte event which  showcases Latino art and culture in the Charlotte region. Way to go Frank! Congratulations!

Davidson College, WDAV’s licensee, has announced it will receive $25 million from Edward L. “Ted” Baker for The Davidson Trust which provides assistance to students for whom a Davidson education would not otherwise be financially feasible. Davidson is committed to meeting 100 % of admitted students’ demonstrated need with grants and student employment instead of loans, and this gift, the second largest in the college’s history, significantly furthers that ambition. Congratulations Davidson College, and thanks to Ted baker for his extraodinary generosity. Read more at the Davidson College Web site.

Frank Dominguez Gets Shout Out 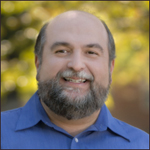 Lawrence Toppman at the Charlotte Observer has written a great article about our very own program director, Frank Dominguez. Congratulations Frank for some well deserved time in the spotlight! Read the article.

London –Joshua Bell was today announced as Music Director of the Academy of St Martin in the Fields, the first person to hold the title since Sir Neville Marriner who founded the Orchestra in 1958. With three weeks already in the diary for the 2011-12 season including an extensive US tour, Joshua Bell will double his time with the Orchestra over the course of his initial three year contract, as well as taking responsibility for the artistic direction of the Orchestra. END_OF_DOCUMENT_TOKEN_TO_BE_REPLACED

Our Own Warren-Green to Conduct at Royal Wedding

The Charlotte Symphony’s Music Director, Christopher Warren-Green, has been tapped to conduct the Royal Wedding of Prince William and Kate Middleton. Today, St. James’s Palace announced that he will lead the London Chamber Orchestra at the ceremony which takes place April 29, 2011. This is great news for Christopher Warren-Green and for Charlotte as well – a great connection (or is that connexion?) between Queen City and Queen.
Warren-Green is in London at the moment, no doubt hammering out some of the details of the Big Day, but he’s scheduled to return to Charlotte soon, and when he does, I hope to get a few minutes in the studio to talk to him about this exciting news. So stay tuned.
A copy of the official press follows.