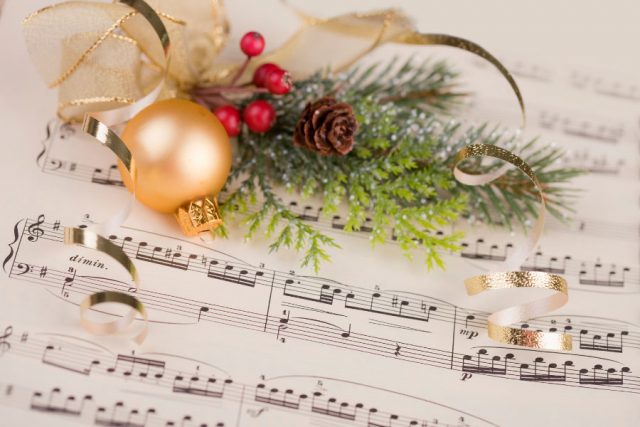 When it comes to holiday gift giving, a never-before-heard piece of music written especially for you would be hard to top. Though these classical delights were originally dedicated to individuals (during the holiday season and otherwise), we’re glad they’ve since been gifted to the world!

Rosephanye Powell’s “With What Shall I Come”

Having a choral piece dedicated to you would be an honor for anyone. Now imagine that work was written by one of America’s premier choral music composers! Rosephanye Powell’s breathtaking “With What Shall I Come” was composed as a gift to Dr. Anton Armstrong, conductor of the St. Olaf Choir, in honor of his 25th season. In a post on her website, Powell explains that she selected one of Armstrong’s favorite texts, the biblical passage Micah 6:6-8, and “sought to set this text emphasizing two words that come to mind when I watch Dr. Armstrong conduct: beauty and passion.”

Though supporting your child’s musical aspirations is a gift in itself, French composer, pianist, and mezzo-soprano Pauline Viardot went a step further: her Six Morceaux for violin and piano were given as a gift to her young son Paul, a promising violinist, in 1868. Pauline was no stranger to talented relatives – born to a family of professional singers, her sister Maria was one of the top opera stars of the 19th century – and both Paul and his sister Louise went on to become highly accomplished musicians.

On March 13, 1840, Robert Schumann wrote to his future wife, Clara Wieck, that she should consider writing songs again. After the two were married later that year, Clara got to work on a new collection of lieder and presented three of them to Robert as Christmas gifts: Am Strande, Ihr Bildnis, and Volkslied. The inscription on the set, which can still be viewed at the Robert Schumann House in Zwickau, reads “In deepest modesty dedicated to her most fervently beloved Robert at Christmas 1840 from his Clara.” Robert was touched and overjoyed by Clara’s gift, later writing in the couple’s shared diary, “how the clarity of my heart brings me such delight with this present… we have had the pleasant idea to weave them together with some of mine and to have them printed. That would be quite a truly love-inspired book.”

Though he never personally found success as a musician, Finnish nobleman Axel Carpelan’s musical impact lives on through several of Jean Sibelius’s most important works. A close friend and devotee to Sibelius’s music, Carpelan helped Sibelius name Finlandia and was the first to suggest that he should write a violin concerto. In a letter to Carpelan, Sibelius’s wife Aino described his struggle to complete the concerto due to an overflowing of material, remarking that “there are so many ideas that one can’t believe it is true, all of them so rich in possibilities for development, so full of life.” Sibelius’s emotionally moving Romance in D flat major, now one of Sibelius’s most popular piano pieces, was composed as a Christmas gift to Carpelan in 1901. When Carpelan died of pneumonia in 1919, a shattered Sibelius wrote in his journal, “Who shall I compose for now?”

Often performed at Christmastime, Engelbert Humperdinck’s Hansel and Gretel had appropriately festive beginnings! Humperdinck’s sister Adelheid Wette had written the text to a set of folk songs for her daughters and asked for his help setting them to music. Inspired by the story of Hansel and Gretel, Humperdinck eventually completed a brief singspiel for his nieces to perform at a family Christmas party with a libretto written by Wette. The girls’ performance was a hit, and Humperdinck was so pleased that he later fleshed out the singspiel into the full-scale opera we know and love today.

From Finland with Love: The Sibelius Violin Concerto (Houston Symphony)

About This Recording: Paul Viardot & Pauline Viardot, Works for Violin and Piano (Naxos)