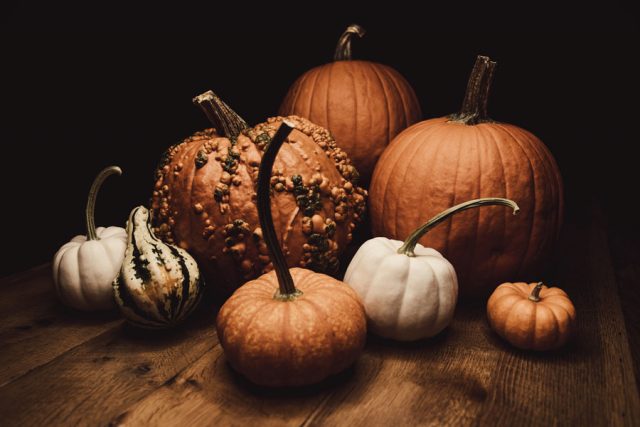 By Connie Kim and Mary Lathem

Composers: they’re just like us! If you’re skeptical, consider the fact that Ludwig van Beethoven’s favorite food was essentially macaroni and cheese… and he’s certainly not the classical music world’s only foodie. Just in time for Thanksgiving, we’re serving up a feast of delicious dishes loved by (and named after) famous composers. Bon Appétit!

19th century Italian composer Gioachino Rossini is well known for his comic operas, but did you know his passion for food rivaled his passion for music? Tournedos Rossini, Chicken alla Rossini, and Eggs Rossini are just a few of the many dishes named for the composer, all proof of his “gastronomic virtuosity” and penchant for experimentation. Rossini himself once claimed he had only cried three times in his life: once when his earliest opera turned into a fiasco, second when he first heard Niccolò Paganini play the violin, and third when his truffle-stuffed turkey accidentally fell into Lake Como.

When studying 12th century polymath Hildegard von Bingen, you’d be hard pressed to find a subject area she wasn’t heavily involved in. Aside from her status as one of the most famous composers of sacred monophony (and the most recorded in modern history), Hildegard was an abbess, writer, medical practitioner, mystic, visionary, and theologian believed by many to be the founder of scientific natural history… and, in her free time, a nutritionist. Compiled in 2019, her guidelines for healthy living called for a balance of acidic and alkaline foods to prevent disease. Her go-to dishes? Spelt, beans, and chestnuts.

Composer Frederic Chopin often drew on Polish themes in his work, and it seems he had a great appreciation for the food of his home country as well! Zrazy, a Polish dish made of thin slices of chopped beef stuffed with vegetables and eggs, was one of his personal favorites. Chopin, who often longed for home, was once overjoyed to discover zrazy was on the menu at a dinner party and wrote, “This rare man, Dr. Malfatti, is so considerate of everyone. If we come to dine with him, he searches out Polish food for us!”

Born to a family of grocers and restaurateurs, it makes sense that opera composer Giuseppe Verdi had refined taste buds – and as a self-proclaimed connoisseur, Verdi had a particular love set aside for risotto! Described by his wife as “divine,” Verdi’s own risotto recipe may be lost to time, but his passion for the dish did lead to the naming of a popular risotto dish in his honor.

Although he wasn’t known for his sweet personality, Russian composer Igor Stravinsky’s adoration for honey was well documented. Specifically, Stravinsky always had royal jelly honey on hand, even going so far as to bring his own jar of honey to restaurants. Looking for a new way to make friends? Here’s an idea from a fellow composer: when he heard about Stravinsky’s enthusiasm for honey, Sergei Rachmaninoff came knocking on Stravinsky’s door one night with a massive jar of honey!

No one can deny Gustav Mahler’s devotion to music, but you may have never heard of one of his other great loves: traditional Viennese apricot dumplings called Marillenknödel. Mahler’s sister Justine had perfected an amazing recipe – so amazing that when Mahler found out his friend Ludwig Karpath didn’t like Marillenknödel, he insisted that Karpath come over immediately to sample Justine’s “heavenly” cooking. Karpath was an instant fan (and you can use Justine’s original recipe to find out if you are, too).

Imagine a ravioli dish loaded with sausage, veal, beef, and butter… yea or nay? Ravioli was one of Niccolò Paganini’s favorite foods, and there wasn’t a hint of green in his own meat-loving recipe (though it did contain calf brain). The original handwritten recipe is now housed in the Library of Congress.

Best known as a jazz legend, Duke Ellington is also celebrated for his contributions to the classical and film music spheres. As it turns out, he might have made a pretty excellent food blogger, too. In an interview, Ellington spoke at length about the list of favorite foods he keeps from his travels, from chicken liver omelets in Los Angeles to octopus soup in Paris and everything in between. Ellington was no stranger to fine dining – one of his favorite restaurants in the Netherlands offered 85 different hors d’oeuvres, all of which he sampled – but for the best fried fish in the world, Ellington knew a spot in St. Petersburg, Florida: “It’s just a little shack, but they can sure fry fish.”

Pictured: Duke Ellington (center) having his dinner at the Hurricane with his wife, Bea Ellington (right), and a friend.