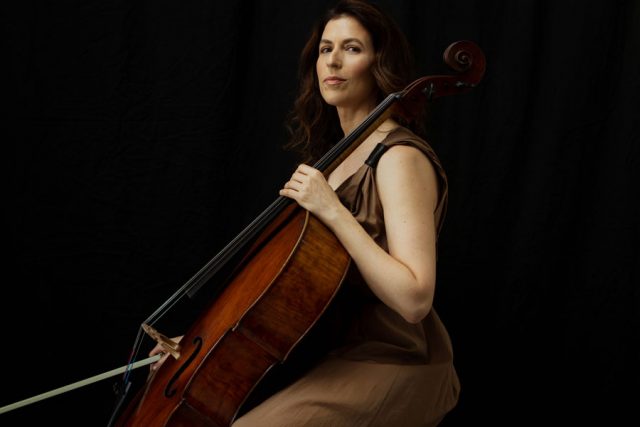 Every cellist who plays Edward Elgar’s concerto after 1965 does so in the shadow of Jacqueline du Pré. Mstislav Rostropovich, her teacher, heard du Pré’s heart-stopping recording and reportedly took the piece out of his repertoire for years, because she played it so definitively. (He never recorded it commercially.)

Great cellists have brought their own qualities to the concerto over the last half-century: Pierre Fournier’s nobility. Yo-Yo Ma’s tenderness, Julian Lloyd Webber’s dignified sadness. But you have to project some intensely personal understanding of it to make the piece strike home, and Inbal Segev didn’t do that in the Charlotte Symphony Orchestra’s season-opening concert Friday at Knight Theater.

She began with a warm, expansive tone that promised well, but she never got deep inside the music: That burnished sound soon turned into endless note-spinning over the next half-hour. She reminded me of golden-voiced opera sopranos who hit every note with impeccable technique but might as well be singing from a restaurant menu. That was also true of her encore, a movement from a Bach suite. (To be fair to her, I was backstage Saturday doing an intermission feature for the WDAV broadcast. From what I could hear, she seemed to be playing with more focus and personality that night.)

Guest conductor Andrew Grams didn’t overwhelm her with sound but took advantage of the orchestral passages to add badly-needed drama. He treated those moments not just as simple accompaniment but as the final bold strokes of a man who finished this concerto in 1919 and never wrote another major work, though he lived 15 more years. (World War I shattered the spirit of this last great Victorian composer.

Grams got us off to a strong start with Anna Clyne’s brief, eccentric and entertaining “Pivot.” That churning piece blends genres recklessly, usually returning to the same percolating rhythm before embarking in a new direction. Hearing it was like walking down the midway at a musical carnival, where tents pumped out the sounds of pastoral landscapes, Celtic influences, brass fanfares, dimly heard hymns, even a touch of Eastern European schmaltz.

The final work on the program, Richard Strauss’ “Aus Italien,” had a similar cinematic quality. Despite movement titles such as “At the Shores of Sorrento” and “Amid the Ruins of Rome,” it never sounds particularly Italian until a final giddy set of variations on “Funiculì, Funiculà.” (Strauss, who vacationed in Italy in 1886, thought he’d adapted a Neapolitan folk song. He didn’t know Luigi Denza had written it six years earlier to celebrate the opening of an elevated railway. Denza sued Strauss and won the right to be paid royalties.)

“Aus Italien” doesn’t sound much like the mature Strauss, either. The 22-year-old composer had yet to find his voice; he’d do that a few years later with “Don Juan” and “Death and Transfiguration.” Still, this Italian jaunt has much to enjoy, including a Mendelssohnian lightness in the long “Sorrento” movement and a vaguely Brahmsian sweep in the opening “In the Country.” Juxtaposing Elgar’s last towering orchestral work with Strauss’ first full-length stretch in that direction is the kind of programming the Charlotte Symphony does more often these days, and I welcome it.