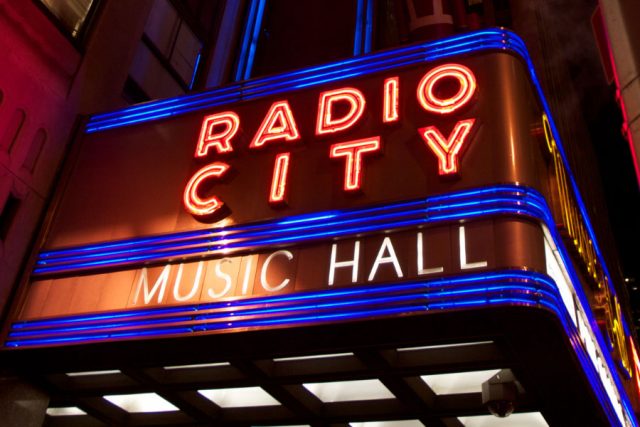 “Phone rings, door chimes, in comes company….” as the nominees flocked to Radio City Music Hall for the 75th annual Antoinette Perry Awards for Excellence in Broadway Theatre last Sunday, June 12. Never short on razzle and dazzle, the American Theatre Wing’s annual awards ceremony was a triumphant celebration of not only this year’s winners, but the theater community as a whole. In honor of the first “real,” in-person Tony Awards ceremony in three years, WDAV counts down five standout moments from American theater’s biggest night.

One of the most celebrated stars across many entertainment mediums, Angela Lansbury was recognized on Sunday night for her 70+ years in showbusiness with the Lifetime Achievement Award in Theatre. Unable to attend the ceremony herself, Len Cariou, who originated the title role in Stephen Sondheim’s 1979 musical Sweeney Todd opposite Lansbury’s Ms. Lovett, dedicated a touching speech to her followed by a performance from the New York City Gay Men’s Chorus. The choir sang a meaningful piece from the musical Mame, which won Lansbury her first Tony Award.

Mirroring the British Invasion of the 1980s and early 1990s when smash hits from West End found their way to equal Broadway success, hit productions from across the pond made their mark on this year’s Tony Awards. Six, a gender-swapped revival of Company, and The Girl From North Country all won multiple Tony Awards after dominating the Olivier Awards in 2019 (not to mention that as Company swept the awards, the legendary Patti Lupone took home her third Tony). History tends to repeat itself, and it’s safe to say this won’t be the last crop of West End musicals to make it big on Broadway.

Micheal R. Jackson’s groundbreaking new musical A Strange Loop follows the life of Usher, who is trying to write a musical about being a Black gay man while also dealing with what it means to embrace both Blackness and queerness in modern-day NYC. The touching work, which recently became the first musical to win the Pulitzer Prize for Drama before heading to Broadway (no small feat), uses internal dialogue to progress the plot and bring the audience into Usher’s mindset. In his acceptance speech, Jackson spoke of how he wrote to help him understand himself and cope with the low periods of his life.

When Jennifer Hudson, one of the most decorated actresses of her generation, received her first Tony Award for co-producing A Strange Loop, she achieved one of the American entertainment industry’s highest honors: the EGOT. Hudson is the second African-American woman to achieve EGOT status (meaning someone has won at least one Emmy, Grammy, Oscar, and Tony) and 17th person to do so in history. In a previous interview, Hudson explained that she adopted two dogs named Oscar and Grammy before her Oscar and Grammy wins, joking that she should adopt two more dogs named Emmy and Tony to complete her set. Either way, having four dogs and an EGOT is a win in our books.

Coming fresh off an Academy Award win for Stephen Spielberg’s adaptation of West Side Story, North Carolina born and raised Ariana DeBose was selected to host the 75th Tony Awards, a massive achievement in itself. However, DeBose exceeded every possible expectation, making the ceremony one for the memory books. From kicking off the show with a Broadway medley featuring numbers from Chicago and Hamilton, to dancing Fosse style with Sam Rockwell, to getting audience members involved (looking at you, Andrew Garfield), DeBose proved she truly is a triple threat ready to take the entertainment industry by storm.

How ‘A Strange Loop’ fits into Black Theater Legacies (NPR)