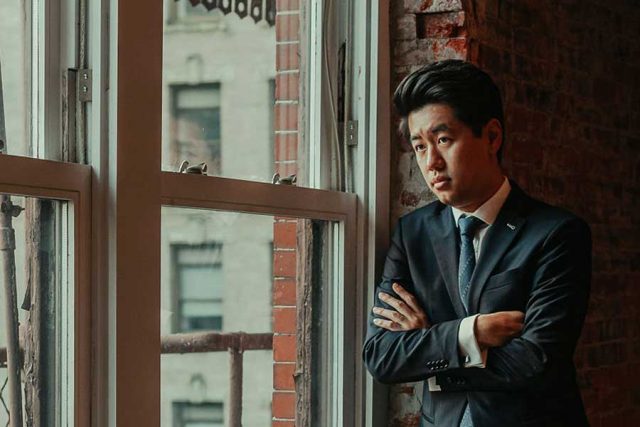 I have long believed the way a conductor approaches Tchaikovsky’s Sixth Symphony depends on whether he thought the composer killed himself.

Was Tchaikovsky a tortured, unstable neurotic who took his own life – either by choice or under pressure from court officials — because his homosexuality created a scandal? Or was he a man who, having sketched out a third piano concerto and discussed a concert tour, simply caught cholera and died?

Kensho Watanabe’s interpretation put him firmly in the first camp Friday night at Belk Theater. His performance drove every emotion in the piece to its outer limits, whipping the orchestra into frenzies and dropping it into funereal reveries. Most of the audience rewarded him with a roar of approval. Mine will be a dissenting voice.

Watanabe and pianist Sara Davis Buechner gave sympathetic renditions of two unusual pieces before intermission: Anna Clyne’s “Within Her Arms,” a tribute to the composer’s late mother, and Clara Schumann’s Piano Concerto in A Minor, with a middle movement that hushes the orchestra and lets the soloist shine in a mini-sonata with a cellist. (Alan Black played his smaller part feelingly.)

Clyne’s work for 15 strings initially seems a cousin to Samuel Barber’s orchestration of his Adagio: Both use only strings, have layered fragments of melody and project the quality of a lament. (Barber’s adaptation of the slow movement from his string quartet didn’t start that way but has acquired this meaning over time.)

Yet Clyne’s sparse use of the strings and refusal to resolve the wispy, touching fragments of sound into a climax make her closer kin to Morton Feldman, though with more directly communicated feelings.

Schumann wrote her concerto as a teenager, assisted to some degree by her future husband. (Robert set his piano concerto, written a decade later, in the same key.) Yet her music owes more to Liszt in its moments of high drama and hints of gypsy wildness in the finale, and it owes nothing to anyone in its tender passages.

Buechner moved fluidly from bravura sections to gentler ones, reminding us in the long solo of the intermediate romanze that Clara Schumann wrote beautiful songs. Watanabe conducted with such joie de vivre that Buechner rocked with joy on the piano bench when not playing.

Watanabe told us with the agonizingly slow opening moments of the Tchaikovsky where he intended to take us. We immediately entered a gloomy dream, and he snapped us out with a thunderclap to start the first movement allegro. From there, each movement took on the hint of madness that plagues a hypersensitive brain.

The modified waltz of the second movement, now restless and bouncing, lost all elegance and warmth. The third movement march, bustling so feverishly that it recalled the scurrying mouse music in “Nutcracker,” built to a nightmarish frenzy. (Kudos to the orchestra for playing it well at that speed.)

Tchaikovsky the manic-depressive showed up in the finale, which alternated between the now-familiar melancholia (punctuated by long pauses) and bursts of nervous energy that slowly petered out to nothingness, as if the exhausted composer had finally collapsed.

Perhaps your interpretation of Tchaikovsky’s last finished symphony (he left sketches for another) also depends on your understanding of the title. After rejecting the name “Program Symphony,” because he didn’t want listeners guessing what the program was supposed to be, Tchaikovsky chose a Russian title meaning “passionate.”

His brother Modest suggested the French “Pathétique,” usually translated as “pathetic.” That stuck, perhaps over the composer’s objections, when he died nine days after the premiere and the publisher printed it on the score. If you’re looking for the pathetic Tchaikovsky, you’ll find him when the concert repeats tonight.