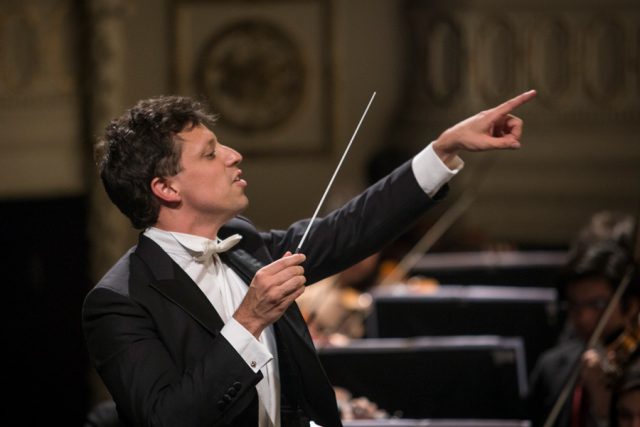 He did so first with words, breaking down this complicated work in the longest spoken introduction I remember hearing from the Belk Theater stage. (This is not a complaint; quite the opposite.) Then he did it by leading the Charlotte Symphony Orchestra through 45 minutes of emotional mood swings that left him, them and us wrung out.

If you know Corigliano, who turned 84 last week, you probably recall his rhapsodic, Oscar-winning score for “The Red Violin.” His 1991 symphony, whose first movement bears the subtitle “Of Rage and Remembrance,” comes from a different place. He responded to friends’ deaths from AIDS in music that churns with distress, plunges into grief, seeks solace and seems briefly to find it, erupts again in pain and finally subsides into an exhausted meditation.

Envision 17 brass players lined up against the back of the stage, like a firing squad shooting bullets of angst and anger. Or string players strumming their instruments like maddened mandolinists during a demented tarantella. Or cellist Alan Black keening through a solo lament that’s picked up by his fellow musicians as it builds to a volcanic outburst, then ebbs away.

To see this live, as you can do tonight, creates an impression that even the Grammy-winning recording by Daniel Barenboim and the Chicago Symphony could not do. It’s the difference between watching a championship fight on TV and sitting ringside, where every punch seems to land in your solar plexus.

Lest you be put off by such intensity, know that the first half of the evening provides more melodic and easily digestible pieces. Bortolameolli began with an appealing tone poem by his friend, Gabriela Ortiz. (Two living composers on one CSO program? A rarity indeed.)

“Téenek — Invenciones de Territorio” got its world premiere five years ago and has the kind of propulsive, swinging rhythms I associate with other Mexican composers, such as Carlos Chávez or Silvestre Revueltas. Ortiz alternates between disciplined ferocity and mysticism, but the music hardly ever stops percolating.

Christine Lamprea took center stage for Dmitri Kabalevsky’s Cello Concerto No. 1, the shorter and more accessible of his two concertos for that instrument. It offers snatches of folk songs throughout, and the composer spoke of it as a memorial to young soldiers killed in World War II. Yet Bortolameolli asked us to think of it in coded terms, like the works of Shostakovich when he had to placate Stalin. (I’m not wholly convinced: Unlike Prokofiev and Shostakovich, Kabalevsky seemed comfortable with the mind-dulling tenets of “socialist realism” in art.)

Bortolameolli and Lamprea made a case that the merriment is meant to be hollow, the melancholy sections slightly ironic, the humor more sardonic than bemused. Her lustrous and fervent playing made the whole thing memorable, rather than merely attractive.

I left wondering what Bortolameolli might do with traditional repertoire of the 19th century. Any guest conductor may be assumed to be auditioning for the music director’s job that Christopher Warren-Green will leave this summer. Whoever replaces him will have to serve up Tchaikovsky and Brahms, if perhaps in smaller doses than Charlotte has traditionally heard. Can Bortolameolli bring Rachmaninov to life, as he did Corigliano?
—