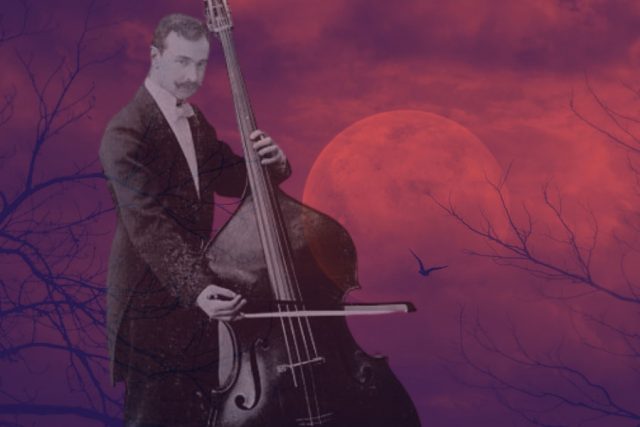 For many listeners, hearing some of history’s greatest classical works can be a transportive experience. You’re sliding your headphones on one minute, and the next, a composer’s personality comes to life within your mind. Soon enough, Samuel Coleridge-Taylor, Rebecca Clarke, and Edvard Grieg begin to feel like old friends. But the effect might not be so comforting if, say, Beethoven showed up at your door one night.

As you’ll soon discover, that hasn’t stopped long-dead classical music icons from (allegedly) returning to the land of the living, leaving orders and nuggets of wisdom in their wake. One word of caution: you might want to read these stories with the lights on.

Part 1 of this article is available here.

Tears of the “Unknown Normal”

Chopin’s restless spirit strikes again! In fact, this story is just one of several spooky experiences pianist Byron Janis has had involving the late composer. Feeling a supernatural link with Chopin, Janis was once gifted a rare cast of the composer’s face from Georges Sand’s estate, which he proudly displayed on his piano. One day, guests who were visiting Janis’ family at home asked about the mask – and suddenly, something remarkable happened. Salty fluid began to leak from the cast’s eyes, followed by a frothy foam bubbling forth from its mouth, leaving the family and guests in awe and “terribly shocked.” Janis’ explanation for the incident? The mask was crying tears of joy – and “Chopin was happy he could communicate, somehow, with the current world.”

As for Janis’ attitude toward uncanny moments like this one, we’ll let him explain. “I don’t like the word ‘paranormal,’ I like ‘unknown normal, because that’s what it really is,” he shared in an NPR feature. “Things are unknown, and once they become known then they become normal after a bit.”

Chad Lawson’s Audience of One

Two years ago, North Carolina’s own Chad Lawson was wrapping up a soundcheck at Austin’s Paramount Theatre when he got the idea to snap a few pictures of the empty recital hall for social media. Three quick taps in rapid succession later, Lawson had what he needed and carried on with his day. However, while scrolling through the pictures to make an Instagram post later that night, he noticed something odd: although he believed he had been alone in the hall, someone was standing on the mezzanine floor in the second snap. In the first and third pictures, no one was there.

Soon, Lawson discovered that the theatre had a reputation for paranormal visits, in particular the specter of a woman in a white dress who often appeared in the mezzanine – exactly the type of figure that had appeared in his photo. Though there is no consensus about the spirit’s identity, some have guessed that she might be a relic of the Civil War era or a former projectionist, and audience members sometimes report an unexplainable feeling of discomfort in that area of the theatre. For now, all we can do is speculate (and get a glimpse of the haunting photos for ourselves).

Even in death, conductor, composer, and double-bassist Serge Koussevitzky wouldn’t trust just anyone with his beloved instrument. Years after the Maestro’s passing, his wife Olga accepted an invitation to hear the New York debut recital of the up-and-coming bassist Gary Karr, unaware that an eerily familiar face would be in attendance.

As Karr played, Olga was awestruck to see an apparition of her late husband, which appeared to embrace the young bassist. Olga would present Koussevitzky’s instrument to Karr as a gift days later, inspired by what she viewed as a sign from beyond the grave, and from that moment on the bass would be Karr’s faithful companion until his retirement forty years later.

In a fitting way to return the Koussevitzkys’ generosity, Karr donated the coveted instrument (now known as the Karr-Koussevitzky bass) to the International Society of Bassists, which has lauded the gift as “perhaps the best known bass in existence.” The jury’s still out on whether it’s also the most haunted bass in existence – but some who have played it, including bassist Dennis Whittaker, have sensed something more historical than ghostly. “It’s impossible not to feel the heritage of the instrument. Some say they feel a presence,” Whittaker explained in an interview with Culture Map Houston. “I’d like to think that it’s the spirit of Koussevitzky making sure that we are playing music right.”

Chopin In The Shadows: The Supernatural Adventures Of Byron Janis (NPR Classical)

This pianist thought he was alone in the concert hall. His photo tells a different story. (Classic FM)