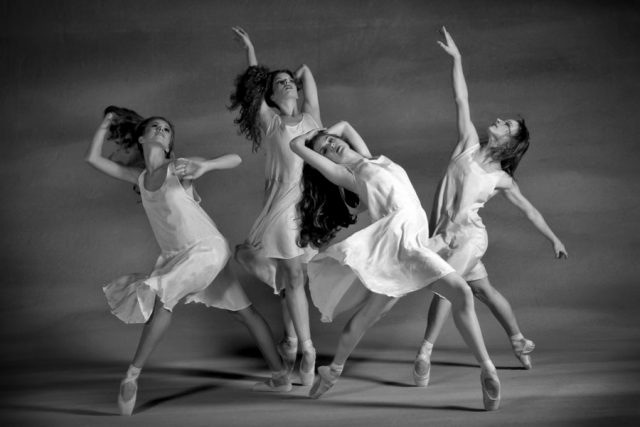 Except for the inevitable Christmas “Nutcracker,” the Charlotte Ballet season-opener at Belk Theater represents Hope Muir’s farewell as artistic director. (She’ll take over the larger, better-connected National Ballet of Canada on January 1.)

She could have dwelt entirely in the past for the 50th anniversary celebration, which runs through Oct. 9 and comes a year late because of the pandemic: Robert Lindgren founded N.C. Dance Theatre, the company’s initial version, in 1970 at N.C. School of the Arts. Instead, Muir picked one classic from 1993 – Salvatore Aiello’s “The Rite of Spring,” as explosive now as it was then – and three pieces new to the company that show where it might go.

The fireworks opened with a squib Thursday night, with Christopher Stuart’s vaguely amiable “Then, Now, Forever.” Stuart, who’ll be interim artistic director once Muir leaves, set repetitive swirls and lifts to Philip Glass’ music. The presence of Charlotte Symphony Orchestra members in the pit, usually a rare boon for the ballet, backfired: The rusty, hesitant musicians started out of tune and achieved the proper rhythmic vitality only near the end. Then you noticed the disconnection between Glass’ pulsating score and the slower movements of the dancers.

Crystal Pite’s “A Picture of You Falling” raised the temperature immediately afterward. It’s written for two dancers (Amelia Sturt-Dilley and Andrès Trezevant, both razor-sharp on opening night), who spend the piece alternating solos and finally come together for a pas de deux. Muir has long wanted to get a piece by Pite, and you could see why: The innovative presentation, dramatic movements and ambiguous but thought-provoking psychology struck home.

My companion thought it might be about an unhealthy relationship marred by domestic abuse. I wondered if Pite explored gender identity: The man and woman dress identically in black and white, and the narrator’s voice suggests they may be the same person. The lighting, sometimes pitilessly revealing and sometimes encircling the participants like stanchions in a bullring, added menace.

Meanings became a little clearer with “Ibsen’s House.” Choreographer Val Caniparoli bit off more than anyone could possibly chew by depicting male-female behavior in five of Henrik Ibsen’s plays in about half an hour. The Belle Epoque costumes and darkened ballroom created by Sandra Woodall set the right tone, but the characters ran together in these brief snippets.

You might rightly have inferred that her obtuse husband didn’t satisfy Hedda Gabler, or that Nora Helmer rebelled against a stifling spouse in “A Doll’s House.” But the behavior in “Ghosts” and “Lady from the Sea” can’t be encapsulated that way, and nobody could have guessed that Rebecca dominates Rosmer in “Rosmersholm.” What prompted Caniparoli to set such brooding people in motion to Dvorak’s mostly buoyant Second Piano Quintet I can’t guess, but five Charlotte Symphony members played it with skillful brio.

Aiello’s “Spring” rocked the room, as it always does. I attended the world premiere 28 years ago and remembered the most lurid moments: the final sacrifice of an exhausted virgin, the cannibalistic devouring of a fallen warrior, the dashing and stomping brutes who look like prehistoric cave paintings come to life. I had forgotten the moments of whimsy – look at those waggling, elevated toes on prone bodies – and even some lyrical repose in the second half.

James Kopecky, often the company’s go-to guy for anguish, tore into the Young Warrior’s writhing solo and exulted in the defeat of the old chieftain (Ben Ingel). Nadine Barton’s dignified Earth Mother and Sarah Lapointe’s frenzied Chosen One bookended the action nicely, Lapointe, who’s usually used for elegance and poise, must have found it liberating to leap and twist about in rage and ecstasy, then douse herself in white body paint before flailing to her death. That final tableau still takes away your breath.