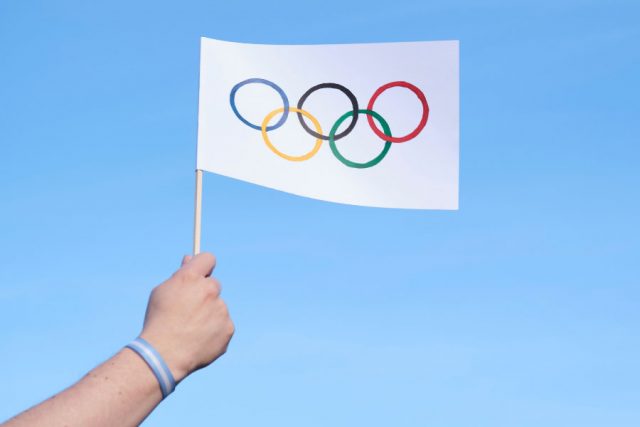 After a year of delay, the 2020 Tokyo Summer Olympic Games were everything we waited for and more. Team USA led both the gold and overall medal count, and we were able to witness the Olympic premiere of several sports including skateboarding, karate, surfing, and sport climbing. Now that the Olympics have ended, we’ve rounded up some of our favorite musical moments from this year’s Games to share with you.

Video game soundtracks surprised fans during the parade of nations.

The Opening Ceremony set classical music fans and gaming communities abuzz with the inclusion of video game soundtracks. Orchestral arrangements of music from role-playing games including Kingdom Hearts, the Final Fantasy series, and Sonic the Hedgehog highlighted Japanese contributions to video game history while providing a nostalgic and uplifting backdrop to the flag bearing procession.

The Opening Ceremony was full of other musical moments.

The Olympic Hymn marked the official start of the Games. Written by opera composer Spyridon Samaras with lyrics by Kostis Palamas, this choral cantata was performed at the first-ever modern Summer Olympics, held in Athens in 1896. The Hymn has been played at every Games since, often translated into the host country’s language.

This year, Tchaikovsky plays in place of the Russian National Anthem.

Though the World Anti-Doping Agency banned Russia from participating in international sports competitions for four years in 2019, athletes from Russia are permitted to compete for the “Russian Olympic Committee (ROC)” at this year’s Olympic Games. Because of the ban, instead of hearing the Russian national anthem whenever a Russian athlete wins gold, we hear Tchaikovsky’s Piano Concerto No. 1!

Champion swimmer Katie Ledecky has a musical side.

Katie Ledecky, the highly decorated 24 year-old swimmer who took home 4 more medals at this year’s Olympics (including gold in the inaugural women’s 1500m freestyle), has dabbled in music. She started playing piano around age 8 or 9, but quit taking lessons in 8th grade to focus on swimming. Before graduating from Stanford University, Katie joined the marching band for a day on alto sax, attending field rehearsal and a football game. When asked why, she answered, “Because I wanted to!”

Agnes Keleti has lived an incredible century. The Hungarian-Israeli and Jewish gymnast won her first national title at 16, but was forced to miss the 1940s Tokyo Olympics and used a fake ID to survive the Holocaust. She competed in her first Olympics at age 31 and accumulated 10 medals in just two Games. If that’s not amazing enough, she also worked professionally as a cellist after World War II.

In the artistic gymnastics floor event, athletes combine superhuman flips with dance choreography as they tumble across a mat to music. The music lasts about 90 seconds and cannot have lyrics, so many athletes opt for classical pieces or movie soundtracks. Team USA gymnast Jordan Chiles is known for choosing heroic film music for her routines. Her Olympic performance featured the Spiderman theme.

To hear more classical pieces used in competition, look out for rhythmic gymnastics on August 6th and 7th.

In this event that pairs choreography with music, swimmers perform incredible feats of synchronization—while suspending themselves mid-water! Artistic swimmers compete in duets and groups, performing a shorter technical routine and a longer free routine, with soundtracks ranging from custom dubstep mixes to traditional music. Watch the People’s Republic of China team swim their free routine to theatrical folk music in this video.

The Olympics Closing Ceremony celebrated athletes with another round of stunning musical performances. One featured performer was Tomotaka Okamoto, a sopranist, or male singer who sings in the soprano vocal range. Not only does his voice turn heads, his striking outfit and makeup do too.

The taiko drum booms throughout the Olympic stadium.

The Closing Ceremony featured a solo performance on taiko drum, a traditional Japanese instrument with roots dating back to the fifth or sixth century CE. It has historically been used in multiple contexts, including for military, religious, theatrical, and imperial court purposes. In modern times, kumi-daiko, the art of performing taiko in ensembles, has become popular worldwide.

A saxophone send-off… in space?!

During the Closing Ceremony, French astronaut Thomas Pesquet performed the French national anthem on saxophone… while aboard the International Space Station! He also teamed up with Japanese astronaut Akihiko Hoshide in a mini ceremony to pass the Olympic torch from Japan to France.

We’re looking forward to Paris 2024. In the meantime, the Tokyo Paralympics begin on August 24th, and the Beijing 2022 Winter Olympics are less than 6 months away.