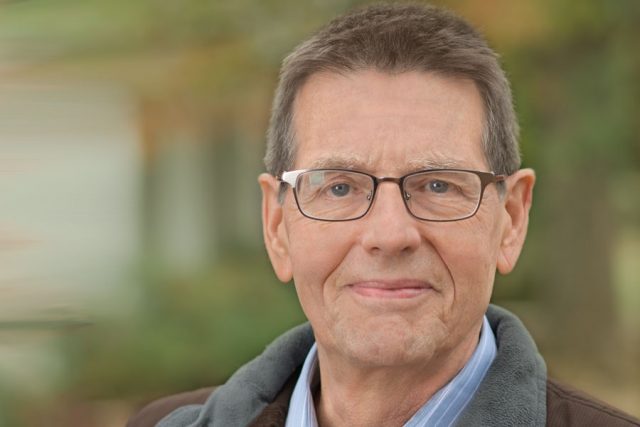 After twenty-two years, Joe Brant will bid farewell to the WDAV airwaves as a fulltime WDAV announcer. He will retire at the end of the month with his final live broadcast on Wednesday, June 30th. We asked Joe to reflect on his decades long career in public media.

What will you miss the most about announcing classical music?

Being a portal. A host invites people to be a part of the rich world of classical music. Being able to share the music in that world and to touch people with the music has been very gratifying.

What radio stations have you worked at during your career?

I started in 1976 at a small rural station in Galion, Ohio. It was housed in a double wide trailer!

In late 1977, I moved up the road to a station in Mansfield, Ohio. In 1978, I moved back to my native Michigan and got my first job at a public station: WCMU at Central Michigan University in Mt. Pleasant, Michigan. I’ve worked at public stations ever since. I traveled to Concord, New Hampshire in 1985 to be the Program Director at WEVO. In late 1985, I made my way to Charlotte where I’ve been ever since.

I was Classical Music Director and then Operations Manager at WFAE until 1998, doing a daily air shift the whole time. WFAE went through many changes during my time there. I worked part time at WDAV starting in 1998 before going full time in July 1999.

Have you ever had an embarrassing moment on the air that you can laugh about now?

Unfortunately, yes. A few years ago, I uttered a certain expletive without realizing my microphone was on! Will Keible came to the control room with a look of stunned disbelief on his face. I can’t even remember the circumstances now. I think we got one comment about it and that listener understood.

Is there a single moment in your career that stands out to you?

Yes, and it’s not entirely positive. My time at WEVO in 1985 was a continual struggle with a demanding job, a job I came to realize I wasn’t prepared for. I learned a hard lesson about my abilities. But leaving New Hampshire led me to Charlotte where I’ve been for almost 36 years.

I met my wife here and I’ve worked and grown at two great radio stations. I think it was meant to be.

Which composer’s music do you enjoy the most?

That would be Mozart. He maintained a stunning level of creativity in all the musical genres over a short life. I like to think his elegant melding of form and content is still a model for composers today.

We heard you’re going on a trip. Tell us about it.

We purchased a travel trailer last August and have taken several short trips. But soon we’ll be heading west. Stops are planned at Mt. Rushmore and the Badlands, the Grand Tetons, Yellowstone National Park, and a few stops in Colorado.

Any parting words for WDAV listeners?

You’ve been very supportive of the WDAV mission and my appreciation for that is unbounded.

WDAV is one of the top classical music stations in the country for many reasons. Financial support from listeners is one of those reasons. Whenever we ask, you always respond with a loud “Yes!” It’s been my honor and pleasure to spend time with you, sharing this musical heritage.