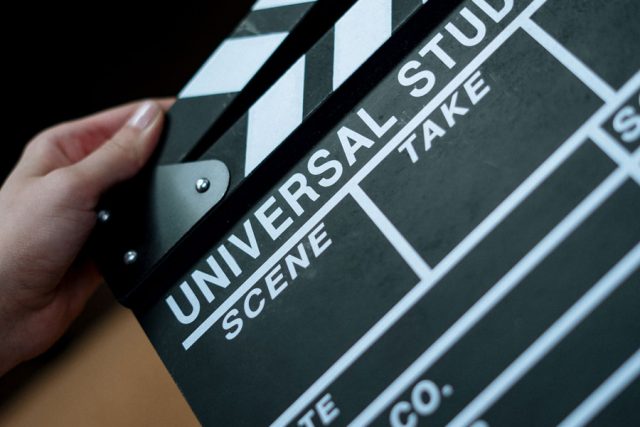 Some of the world’s most thrilling, evocative, and captivating music can be heard in surround sound at your local movie theatre.  Great film scores not only have the power to keep us on the edge of our seats, but they can also spark emotion and resonate with us in ways we never expected. In celebration of National Film Score Day (April 3), we asked members of our staff to answer the question, “If you could choose one original film score to be the ‘soundtrack to your life,’ which would you choose and why?”

“Nino Rota’s Amarcord. Translated, the title means ‘I remember,’ and at this point in my life, I remember everything – the good, the bad, and the ugly (which was a close second). The music is hauntingly melancholic and beautifully nostalgic. I first became aware of Rota’s music when, as a young teen, I saw the Albert Brooks film short – with Gilda Radner as the femme fatale – on Saturday Night Live.

The music Brooks used was from Amarcord, a film I would not see until I was in college. The main character, Titta, came from a dysfunctional family, as did I, had some pretty out there friends, as did I, and engaged in some risky behavior, as did I. I could honestly relate, and the music throughout the film only served to embellish Fellini’s stream-of-consciousness plot.”

“The film score that’s the soundtrack to my life would be An American in Paris by George Gershwin. I still remember hearing my first words in French in elementary school. The French language, the country, and its people became my passion, and I went on to earn my Master’s degree in French. Every time I hear An American in Paris, it takes me back to the ‘City of Lights.’  C’est fantastique!”

Will Keible,
Director of Marketing and Corporate Support

“Without a doubt, it has got to be Mark Mothersbaugh’s score for the Wes Anderson film Rushmore. Most will remember Mothersbaugh as the bespectacled, whip wielding, flower-pot dome hat wearing frontman of the band Devo. What they may not know is that he is also one of the great film and TV score composers of our time.

The opening scene of Rushmore with Mothersbaugh’s music sets the stage for a magically hilarious romp through adolescence. It’s Mothersbaugh’s ability to express the optimism, magic, and naïveté of youth through music that makes it the soundtrack to my life.”

“Oddly enough, two war film scores recently knocked me out: 1917 and Dunkirk. I don’t believe either won an Oscar [for Best Original Score], but each time, I remember leaving the theater and thinking the score made the movie even more dramatic. At the risk of showing my age, Prince’s Purple Rain was another score that made a big impression. If I had to pick one, it would be 1917.”

“No film score history would be complete without a mention of the 1945 British romantic drama Brief Encounter. It is based on a play by Noel Coward (Still Life) and tells the story of two people – both married – who fall in love after a chance meeting at a railroad station.

The musical score of the film is mostly Sergei Rachmaninoff’s Piano Concerto No. 2. It is prominent throughout the movie. The film was awarded the Palme d’Or at the 1946 Cannes Film Festival and was nominated for an Oscar in several categories in 1947 but did not win.”

Heidi North,
Administrative Assistant
“LORD. OF. THE. RINGS. It’s all I ask for in life.”