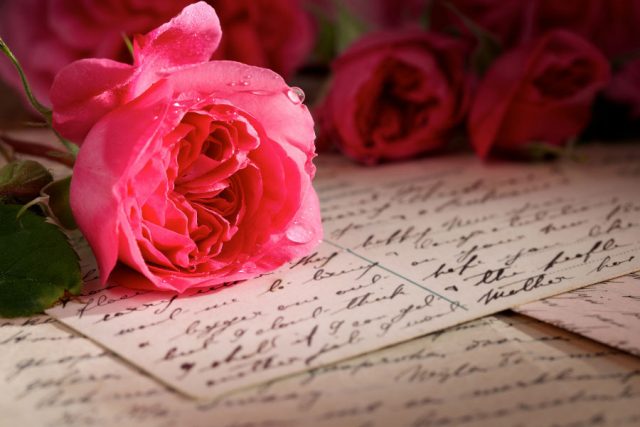 Iconic contralto Marian Anderson found her one true love in architect Orpheus “King” Fisher, but their path to a life together wasn’t without its obstacles. Anderson and Fisher met in their teens when she was invited to perform at his family’s home, and after dating for a short while, Fisher began to talk about marriage and running away together. Wanting a career in music, Anderson did not share his desire to marry quickly. The pair soon moved on from one another, but Fisher continued to pine after Anderson. After his first marriage crumpled and Anderson’s career began to take off, Fisher sent her letter after letter, begging her to respond and assuring her that he could be trusted:

“I am always thinking of you and wishing and hoping you were home and with me… I only get a thrill from my Marian.” (p. 73)

Fisher and Anderson eventually rekindled their relationship. In 1940, the couple purchased a 100-acre farm in Connecticut, where Fisher designed and built an acoustic rehearsal studio as a gift to Anderson. After twenty years together, she agreed to marry him in 1943.

Source: Marian Anderson: A Singer’s Journey (Alan Keiler), A Life Well Sung: With Eleanor Roosevelt at her side, and a young MLK in the audience, singer Marian Anderson inspired change with an historic concert (Grid)

Composer Erik Satie’s unusual habits are no secret – and in Suzanne Valadon, he seemed to have met his match. A free-spirited painter and artist’s model, Valadon was known to feed her least favorite paintings to her pet goat, wore “a corsage of carrots,” and even donned a unique gift from Satie during their whirlwind romance: a necklace made of sausages. Satie, who had had no known romantic relationships before Valadon, was so smitten that he proposed to her on the night they met. In his own writings, Satie included a snippet from one of his love letters to Valadon:

“You are in me complete, everywhere, I see nothing but your exquisite eyes, your gentle hands and your little child’s feet.”

Valadon almost immediately moved into a room next to Satie’s, and the couple exchanged artistic tributes to one another: Valadon presented Satie with an experimental oil portrait, and he composed the piece Bonjour, Biqui, Bonjour as a gift to her. Unfortunately, the relationship would end as quickly as it began. Many sources claim that Valadon left Satie suddenly, leaving him devastated enough to base his Vexations on the breakup, but Satie writes “It was I who broke off the relationship.” In either case, both Satie and Valadon went on to fruitful artistic careers – and Satie may never have dated again.

After first visiting the couple in Düsseldorf in 1853, then 20-year-old Johannes Brahms developed a fast friendship with both Robert and Clara Schumann – but his feelings for Clara soon grew into something more. As Robert’s health deteriorated in the last years of his life, Brahms began to express his love to Clara in a series of letters:

“My dearly Beloved Clara, I can no longer exist without you… please go on loving me as I shall go on loving you, always and forever.” (June 1855)

Though it’s unclear to what extent Clara reciprocated his feelings, they both adored Robert and never entered a romantic relationship with one another, even after his death. The pair kept in contact and remained close friends for life.

Benjamin Britten’s nearly 40-year love story with tenor Peter Pears was never publicized during his lifetime, and much of what is known about the couple comes from their personal papers, which have now been meticulously archived. Same-sex relationships of all kinds were illegal in the United Kingdom for much of their time together, forcing the pair to keep their life together private. Scores of letters and musical dedications paint a moving picture of their love:

“You are a most adorable man & artist, intelligent, gifted, simple, loving & noble… I am really very, very lucky to be alive with you around.” (Britten to Pears, December 1956)

Britten and Pears were inseparable. Over the years, Britten would write numerous song cycles and roles for Pears, his greatest muse and confidant. When the Britten biography “Pictures from a Life” was published after his death, Pears summed it up simply: it was not “the story of one man. It’s a life of the two of us.”