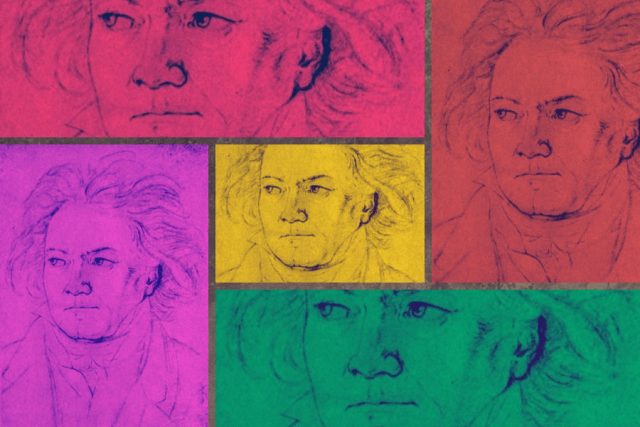 Plenty of noteworthy classical composers died young: Juan Arriaga at 19, Lili Boulanger at 24, Pergolesi at 26, Schubert at 31 (the year after he escorted Beethoven’s coffin to the cemetery), Mozart at 35, Purcell at 36, Mendelssohn at 38, Chopin at 39.

But of all those who lived a reasonably full span for their eras, none suffered like Beethoven. Even if you set aside his hearing loss, an extraordinary handicap for a musician, his life seems like a nearly uninterrupted arc of physical misery.

Stomach pains and diarrhea racked him from his teens, possibly because lead leached out of cooking utensils or cheap wines. (Lead had been added to wine to thicken it since Roman times.) For the next 40 years, until he died at 56, these agonies never left him for long.

Friends who knew Beethoven best tolerated his emotional attacks and outbursts – often followed by apologies and repentance – because they knew his melancholy and depression sprang at least partly from pain. Others merely wrote him off wrongly as a misanthrope.

He ultimately endured colic, pancreatitis, what seems to have been an inflammatory bowel disorder, respiratory problems, joint pain, eye inflammation, chronic headaches, tinnitus and cirrhosis of the liver, aggravated by alcohol abuse. Meanwhile, useless treatments for his deafness included the application of leeches and the tourniquet-like fastening of bark from the Daphne mezereum plant to his forearms, which caused them to blister and burn.

Beethoven remained bedridden for months before his death in March 1827, which has been attributed by various sources to liver and kidney failure, peritonitis (inflammation of the fluid lining the abdomen) and encephalopathy, which would explain his disordered mental state.

Only a year earlier, he had composed the serene String Quartet in F, his 16th and last in that form. In his final months, though, he merely jotted notes for a piano piece that never took shape because he lacked the stamina to finish it.

Miraculously, like Mozart writing “The Magic Flute” in ill health months before his death, Beethoven produced some of his happiest music during his unhappiest times. His liver problems intensified as he finished the Ninth Symphony in 1824, yet the final “Ode to Joy” remains the most thrilling 15 minutes he composed. He separated physical agonies from the uplifting beauty he left to the world.