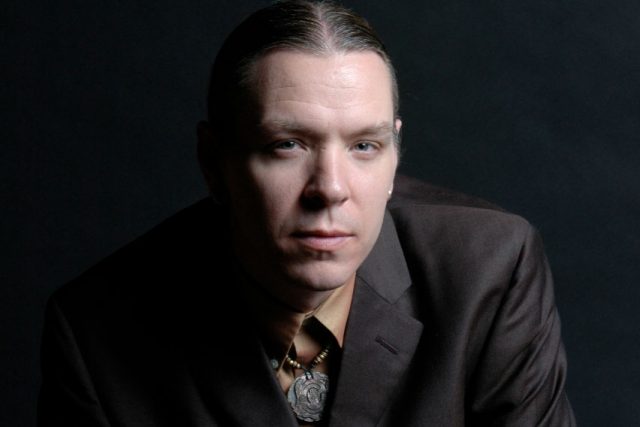 Friday, November 27 is Native American Heritage Day. In celebration, we’re highlighting the Chickasaw classical composer Jerod Impichchaachaaha’ Tate, an acclaimed artist “dedicated to the development of American Indian classical composition.” Jerod is one of countless Native American, American Indian, and Indigenous artists to leave a lasting impact on the classical music art form. You can read more about these musicians and find additional resources at the end of this article.

Are the terms “Native American” and “American Indian” interchangeable?
While both terms are frequently used, identity is personal, and no single term will work best for everyone. Though some identify with terms like Native American, American Indian, or Indigenous, many people identify with tribal names or traditional ways of referring to one another. Jerod Tate has expressed that his identity is American Indian, specifically a member of the Chickasaw Nation of Oklahoma. Want to make sure you get someone’s identity right? Ask them!

Chickasaw classical composer Jerod Impichchaachaaha’ Tate’s earliest years were steeped in the arts. Born and raised in Oklahoma, Jerod was immediately immersed in theater and dance through his parents: his mother, a professional dancer and choreographer, often brought Jerod along to rehearsals, and his father, a Chickasaw tribal judge, lawyer, and classically trained baritone, introduced him to Bach and Rachmaninoff.

In a National Endowment for the Arts feature, Jerod noted that he “was probably two or three months into piano lessons when I announced to my parents I was going to be a concert pianist.” Years later, Jerod earned a BM in Piano Performance from Northwestern University with the intention of doing just that. In fact, he never imagined a career in composition until after his undergraduate studies, when his mother asked him to write music for an original ballet based on American Indian stories.

“It was the first time I actually thought of marrying the two very strong identities that I have,” Jerod recalled in an interview with Minnesota Public Radio. “One is being a Chickasaw Indian, and the other one is being a classical musician. My mother presented the perfect opportunity for me to express both of those together.” Jerod completed the ballet, Winter Moons, during the first semester of his MM studies at the Cleveland Institute of Music and took the next semester off to tour the work with his mother. Encouraged by an enthusiastic response from both his American Indian and classical music communities, Jerod explains that he “decided specifically to become an American Indian classical composer… everything that I compose is based on American Indian history and culture.”

The More You Know: Jerod’s middle name, Impichchaachaaha’ (IM-pi-chuh-CHA-ha), is an inherited Chickasaw house name meaning “his high corncrib.” A corncrib is “a small hut used for the storage of corn and other vegetables.”

Though Jerod felt enormous pressure when he began to compose American Indian classical music, he was inspired by the way composers like Tchaikovsky, Stravinsky, and Bartók incorporated their identities into their music. Jerod was particularly influenced by Bartók, who he describes as “the first ethnomusicologist that was aware of his own folk music; he did it so naturally and so joyfully that I felt the same impulse to do the same thing from where I come from.”

Though his music is written in Western classical forms and styles, Jerod weaves songs, dances, instrumentation, percussive patterns, and other musical traditions from American Indian cultures into everything he composes.  He is also passionate about the representation of American Indian languages and stories in the classical music realm:

“I have incredible pride in bringing American Indian identity onto the classical stage, and I love bringing our languages into the same stage as Latin, Italian, French, Chinese, and Russian… I have written pieces in a lot of different tribal languages, and I am very, very on fire in my passion for bringing our language and culture to the concert stage. We belong there, just like we belong in a genetic engineering lab or in agriculture changing the world, just like we do being astronauts. We belong on the concert stage as well.”

In 2008, Jerod’s work Iholba’ made history as the first time the San Francisco Symphony Orchestra had performed a work in any Native American language. Recent works include Chokfi’ (2018), a character sketch for youth orchestra based on “an important trickster legend,” and Muscogee Hymn Suite (2017), “an orchestration of three traditional Muscogee (Creek) church hymns.” As a film composer, Jerod has scored numerous documentaries and feature films including “Searching for Sequoyah” (2020) and “To the Wonder” (2012). A full list of Jerod’s works can be found here.

Describing identity as “the most important thing to every human alive,” Jerod is proud to represent his Chickasaw culture through his music.  “I encourage composers to find their personal identity,” Jerod explained in an interview with the Dallas Morning News. “I believe that human beings are born brilliant and creative. There are 8 billion people, and there are 8 billion ways to be creative.”

Earlier this year, Jerod premiered the commissioned work Ghost of the White Deer, a bassoon concerto based on the story of a young American Indian hunter, with the Dallas Symphony Orchestra. In 2018, his music was selected to be featured on the hit HBO series Westworld.

A sought after artist, Jerod has received commissions from numerous symphony orchestras and organizations including the National Symphony Orchestra, the American Composers Forum, and Chamber Music America. He is the recipient of the Cleveland Institute of Music Alumni Achievement Award, an Emmy award winner for his work on the documentary “The Science of Composing,” and a governor-appointed Creativity Ambassador for the State of Oklahoma.

Outside of his composition career, Jerod has performed with the Broadway national tours of Les Misérables and Miss Saigon as First Keyboard and has regularly served as a guest pianist and accompanist for ballet and dance companies. He is the founder and artistic director of the Chickasaw Chamber Music Festival and has been an adjunct instructor at OKlahoma City University since 2011.

Jerod’s accomplishments as a composer are multifaceted and numerous, making it impossible to include every important detail in this article. A more complete list can be found at his official website.