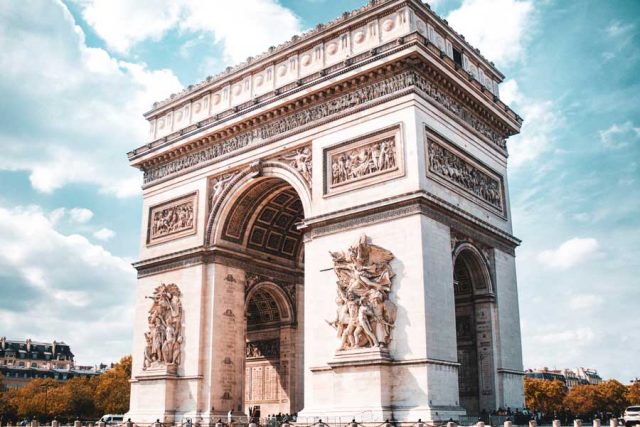 Four years ago, conductors surveyed by BBC Music Magazine named Beethoven’s Third Symphony the greatest of all time. Yet the “Eroica” started life with a different title: “Bonaparte,” applied while Beethoven saw Napoleon as a symbol of democracy who would sweep away royal houses and assure the rights of the common man.

He tore up his dedication to Napoleon in 1804, when the puppet French Senate named him emperor. “Now he also will trample all human rights underfoot, and only pander to his own ambition!” Beethoven told composer Ferdinand Ries, his student. “He will place himself above everyone else and become a tyrant!”

Beethoven changed the title to indicate to listeners that his ambitious new work – the longest symphony by a major composer to that point – still represented a hero’s journey. But his fascination with Napoleon lasted much of his life.

That shouldn’t surprise us. Both were short, homely, often dislikable men of relatively modest beginnings who elevated themselves to the tops of their professions through unrelenting hard work, single-mindedness and undeniable genius.

Beethoven’s interest in the Frenchman began unofficially in 1796, when he wrote 12 variations for cello and piano on “See, the conqu’ring hero comes” from Handel’s “Judas Maccabeus.” Napoleon had already begun his campaign to break apart the Habsburg Empire and establish “sister republics” to France, and he’s almost certainly the “conqu’ring hero” lauded here.

Despite his subsequent rage at Napoleon’s self-aggrandizement, Beethoven respected him, and the imperial family returned that respect. Napoleon’s brother, Jerome Bonaparte, became King of Westphalia and offered the composer the job of kapellmeister at his court. (Beethoven said no but used that offer as a bargaining chip to solidify his position in Vienna.)

During the French occupation of Vienna in 1809, diplomat Louis-Philippe-Joseph Girod de Vienney visited the composer and reported that Beethoven not only peppered him with questions about Napoleon but expressed grudging respect for his achievements.

In 1813, Beethoven needled the emperor in “Wellington’s Victory,” hackwork which made its composer plenty of money. He wrote this “battle symphony” to commemorate the Duke of Wellington’s defeat of Joseph Bonaparte, Napoleon’s brother, that year in Spain.

He created the 15-minute potboiler for a mechanical contraption called the panharmonicon, then revised it for orchestra. “Victory” alternates themes associated with the two countries, mainly “God Save the King” for England and “Marlborough has left for the war” for the French. (We know it as the tune for “The Bear Came Over the Mountain.”) Whatever Beethoven may finally have thought about Napoleon, the French get the better music!