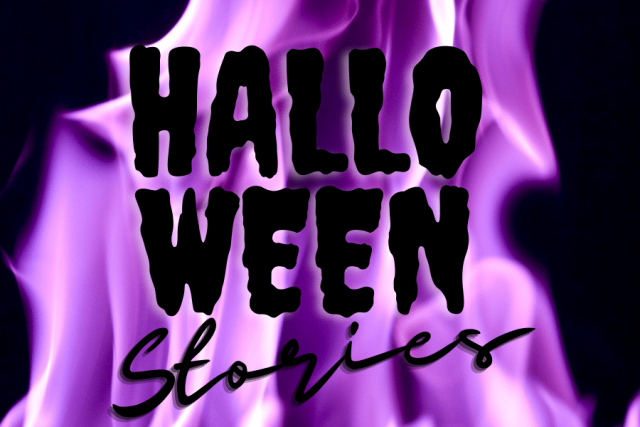 Whether you’re old enough to remember seeing the original Halloween movie in theaters or young enough to go trick-or-treating, Halloween brings back special memories for all who celebrate. To help you get in the spirit this time around, some of our staff members have shared their favorite Halloween moments from years past (and reading them will feel almost as good as finding the house with the full-size candy bars).

“In 2009, we were getting ready to make a big move from North Carolina to Pennsylvania. My daughter loved flowers – especially magnolias (or, as she called them, ‘mag-a-nolias’), so I made her a Magnolia costume for Halloween that year. I think it was my way of hanging on to a tiny bit of the South for just a little while longer… and she was the cutest little mag-a-nolia I’ve ever seen.”

“I let my daughter pick out my costume two years ago, and she picked Glenda, the Good Witch of the North. I was of the opinion that I resembled an exploded bottle of pepto bismol, but this little girl, a regular patron of our library, thought I was a Disney Princess and insisted on getting her picture taken with me. First and last time that’ll happen, guaranteed, but made my day.”

Will Keible
Director of Marketing and Corporate Support

“This is a picture from one of my memorable Halloweens.

I was in college, didn’t have any money, and was too busy to think of a costume until 30 minutes before a party. So, I did what any good student would do: I made up a costume out of what I had in my dorm room – a Friday the 13th mask, cape, and of course, duct tape.

I don’t recall if I named my character, but I do know that I billed myself as some sort of vigilante crimefighter. Although the costume was well-received, it was taking it off that became a major fail. In my dedication to going ‘all in,’ I had duct-taped my hair. Removing it required scissors and new haircut. College is the best.”

“When I was in school in Indiana, I planned a midnight screening of The Rocky Horror Picture Show over Halloween weekend while working at a local theater company. If you’re not familiar with Rocky traditions, you should know that no one comes just to watch the movie. Die-hard fans dress like their favorite characters, chant in unison, throw things in the air and at the screen, etc. – it’s a full-on interactive experience.

To raise extra money, we packed and sold 500 prop bags with water guns, rolls of toilet paper, pieces of toast, and everything else an audience member would need to participate. Imagine that everything in those bags ends up in the aisles, soaking wet, trampled by hundreds of dancing feet – and you’re the one who has to clean it all up at 2 a.m.

It was miserable, but what makes this memory a good one is that some of my friends stayed behind to help, missing out on the Halloween festivities downtown. It was the first time since moving from Georgia two months earlier that I realized I had good people in my corner so far away from home!”

“Magda, ‘the Witch of the North, South, East and West-well, the Witch of everything,’ made her first appearance several years ago in a video explaining her love of classical music.  Her mummy friends love their ragtime and her ghostly friends adore spirituals. Magda’s fav is the Scherzo!”