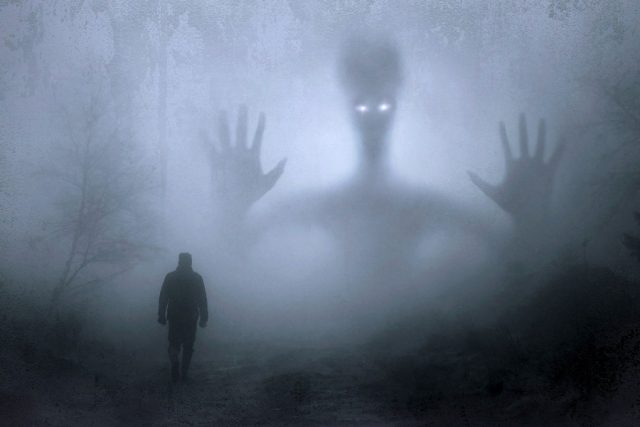 Is that the wind rushing through the trees, or something far more sinister? Featuring terrifying creatures and otherworldly visions, these art songs and lieder set the perfect tone for your Halloween festivities.

Vampires: they’re just like us! If you’re a classical music fan, you might think you’ve heard every kind of lullaby under the sun. British-Australian composer Geoffrey Allen’s “The Vampire’s Lullaby” is here to prove you wrong. Part of the set Songs that mother never taught me, the piece depicts a vampire mother coaxing her little one to sleep “till nightfall” with happy thoughts:

“And when the dark comes, we will take wing

And hunt for our victims, to whom we will cling.”

A ride through the woods goes horribly wrong in Franz Schubert’s iconic art song “Erlkönig,” widely considered to be one of the greatest ballads ever written. During a late-night journey on horseback, a young boy tells his father that he is being chased by the Erl-King, a supernatural being with questionable intentions. The father doesn’t believe him – until disaster strikes.

“My son, why do you hide your face so fearfully?

Father, don’t you see the Erl-King there?

The Erl-King with his crown and train?”

Franz Joseph Haydn’s lied “The Wanderer” places the listener in a gloomy forest, a nice place to reflect on awful memories…. right? The singer is trapped in the past, lamenting that there is nothing to hope for and nothing to fear (despite the unsettling sights all around).

“To wander alone when the moon, faintly beaming

Where owls seek for covert, and nightbirds complaining

Add sound to the horror that darkens the glade.”

Equally infused with joy and horror, Felix Mendelssohn’s “Hexenlied” (“Witches’ Song”) follows a coven of witches as they celebrate a special time of year. Ghastly visitors join them as they dance, leaving behind wonderful gifts (and scaring off the local humans).

“A fiery dragon flies round the roof

And brings us butter and eggs:

The neighbors catch sight of the flying sparks,

And cross themselves for fear of the fire.”