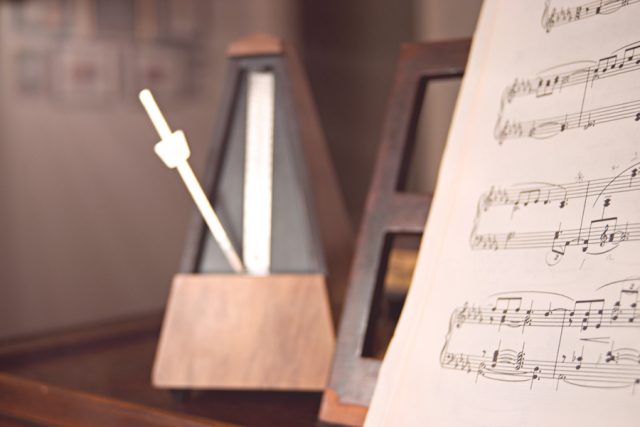 Between 1996 and 2000, musicologist Jonathan Del Mar oversaw a new edition of Beethoven’s symphonies known as the Bärenreiter Urtext. It aimed to follow Beethoven’s original intentions, mainly via stricter adherence to his printed tempo markings.

Conductors John Eliot Gardiner and David Zinman quickly adopted this approach, and their complete series can be heard on the Deutsche Grammophon and Sony labels respectively. To my ears, these interpretations have all the depth, charm and beauty of a paper plate.

I came to know Beethoven via conductors who valued crisp execution (George Szell), high drama (Leonard Bernstein) and a clear musical arc that revealed the composer’s intentions (Andre Cluytens, whose series with the Berlin Philharmonic would be the complete set I’d grab in a fire). All sought Beethoven’s soul; none obsessed over his metronome markings.

I generally admire attempts at historical accuracy, whether from groups trying to reproduce the sounds Bach heard to orchestras that shrink or expand to replicate original performances from Mozart to Mahler. But exact fidelity to Beethoven’s markings, perversely, seems to deliver something the composer really didn’t want.

Johann Nepomuk Mälzel patented his wind-up metronome in the early 19th century, and Beethoven took it up by 1815. (Mälzel also made ear trumpets for Beethoven, at least two of which he seems to have used, and designed the noisy Panharmonicon Beethoven employed in his trashy battle symphony “Wellington’s Victory.”)

In 1817, Beethoven oversaw publication of his first eight symphonies with metronome markings. (He later approved insanely rapid ones for the Ninth Symphony, draining it of majesty if played that way.) Most speeds were faster than current performance practice, a few slower.

But he couldn’t hear his music by then, let alone judge the resonance in rooms where it was played, so he couldn’t adjust his ideas. Also, the general public found his symphonies long and difficult, so he may have been attempting to satisfy them with extra-brisk performances.

Jan Swafford’s excellent biography “Beethoven: Anguish and Triumph” tells us the composer wasn’t absolute in his demands. He quotes a manuscript note: “100 according to Mälzel, but … sentiment also has its tempo and cannot be completely expressed by this number.” Reports by contemporaries say he sped up or slowed down when conducting, according to his moods.

As a child, I owned a paint-by-number set. I scrupulously chose colors according to instructions and carefully painted inside every line printed on the sheet. The Gardiners and Zinmans of the world seem to me to take the same mechanical approach, producing art that’s just as sterile.