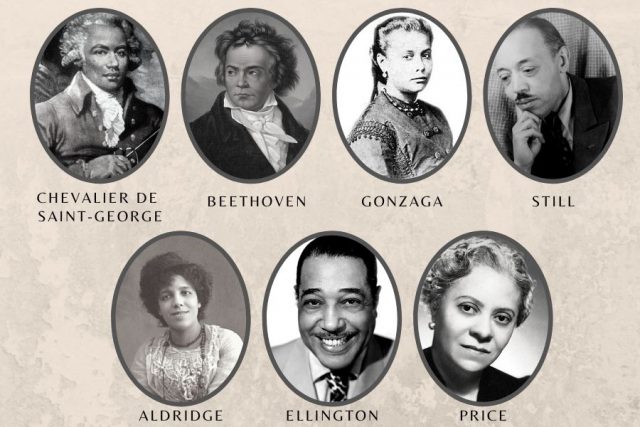 This controversy surfaces every decade, most recently in a Twitter feed that blew up two weeks ago. African-American writers first debated this in the early 20th century, noting contemporary accounts that described him in terms often applied to them: swarthy, dark-complected, round-nosed. Nobel Prize-winner Nadine Gordimer, a white South African, fancifully revisited this idea in a story from her 2007 collection, “Beethoven Was One-Sixteenth Black.”

Centers for Beethoven studies point out that this claim relies on unsupported speculation: His mother might’ve had an affair with a Spaniard of African ancestry, or his Flemish ancestors mixed with people of African descent while Spain ruled their land. Beethoven befriended George Bridgetower, an Afro-European violinist, and initially dedicated his Violin Sonata No. 9 to the Polish-born virtuoso before a falling-out. Could this have been a racial bond?

Unfortunately for these theorists, nobody has dug up positive proof that a person of color contributed to Beethoven’s genealogy. But as University of Michigan musicologist Kira Thurman points out in that Twitter thread, people pose the wrong question. They ask whether the best-known classical composer in history might be Black. Instead, they should ask whether Black composers overlooked by history should be better known.

Why wrangle over Beethoven’s heritage while you can explore the symphonies of William Grant Still, the tone poems of Duke Ellington, the piano music of Florence Price – the first Black woman to have a symphony played by a major U.S. orchestra, the Chicago Symphony – or William Levi Dawson’s “Negro Folk Symphony?” Why not give Scott Joplin’s “Treemonisha,” a unique folk opera, a listen?

France sent us the catchy violin concertos of the Chevalier de Saint-Georges, a 19th-century fencer and soldier who ended up conducting one of the finest orchestras in Paris. England’s Samuel Coleridge-Taylor, who died at 37 just before World War I, turned the most popular American poem of his youth – Henry Longfellow’s “Song of Hiawatha” – into a stirring cantata.

All these recommendations come from my own music library and can readily be found online. Some of these people are in Sony’s Black Composers Series, issued on LPs between 1974 and 1978 and recently boxed as a CD set.

Orchestras that cling to conservative audiences, mostly made up of old white folks such as myself, seldom play this music for fear of empty halls. Maybe, as Americans broaden their racial awareness, we’ll hear more of this repertoire in person. In the meantime, recordings reward open ears of every color.