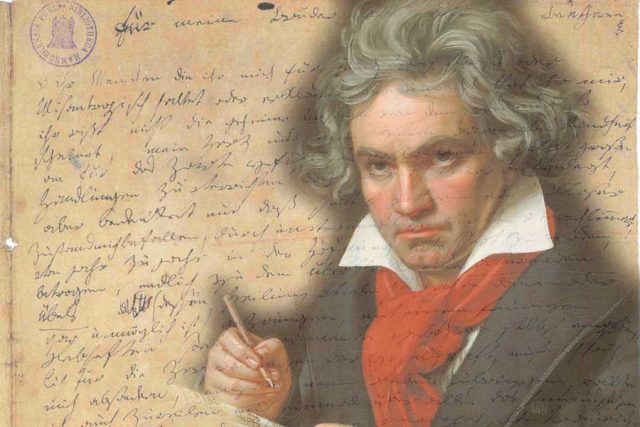 Had Beethoven killed himself in October 1802, he’d be known today as a fairly talented composer of unfulfilled promise – someone on the level of, say, Carl Maria von Weber or C.P.E. Bach.

At 31, he’d premiered one jaunty symphony in the style of late Haydn or Mozart, two amiable piano concertos, a few attractive sonatas for violin and piano and more impressive ones for piano alone, including the “Moonlight” and “Pathetique.” He’d shown only flickerings of the astonishing talent that would emerge over the next decade.

He went that autumn to Heiligenstadt, a resort about a one-hour carriage ride from the center of Vienna, with a troubled mind. He realized his oncoming deafness, which already affected his performances as a piano virtuoso and conductor, would eventually plunge him into silence. He often suffered agonizing headaches and stomach pains and doubted whether he could stand another 30 or 40 years of life under those conditions.

Beethoven poured his thoughts into a document written over two sessions to his brothers, Carl and Johann. The Heiligenstadt Testament, as we now call it, starts with a plea for understanding: “O ye men who think or say that I am malevolent, stubborn or misanthropic, how greatly do ye wrong me, you do not know the secret causes of my seeming, from childhood my heart and mind were disposed to the gentle feelings of good will.”

He confesses feelings of humiliation, profound loneliness, rage, terror. He flirts with the idea of dying, at God’s hand or his own. Yet his indomitable will keeps him going: “But little more and I would have put an end to my life – only art it was that withheld me, ah it seemed impossible to leave the world until I had produced all that I felt called upon me to produce, and so I endured this wretched existence…. Patience – it is said that I must now choose for my guide. I have done so.”

In the following year, he triumphed with works of extraordinary emotional depth and musical daring: The tempestuous “Waldstein” piano sonata, the soaring “Kreutzer” violin sonata, his only minor-key piano concerto (No. 3) and the “Eroica” Symphony, his third and the most revolutionary symphony in history. Neither Beethoven nor his compositions would ever be the same after that dark night of the soul.