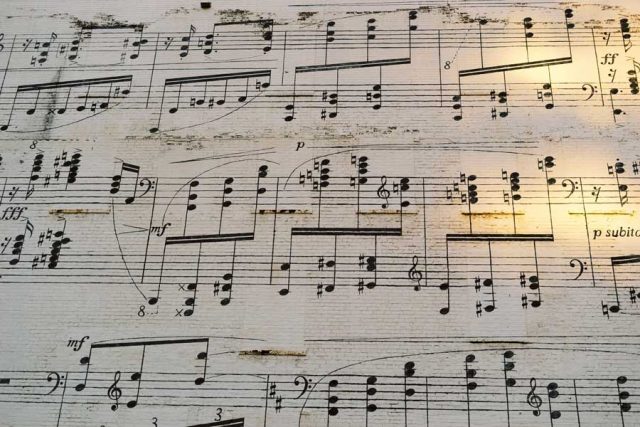 Who knew, right? After the May 1824 premiere of the Ninth Symphony, his longest and most overwhelming orchestral masterpiece, Beethoven turned to another symphony. Though he lived three more years, he never got beyond sketches for all four movements.

His intentions have inspired fiction, from Peter Ustinov’s play “Beethoven’s Tenth” to Sue Latham’s novel “The Haunted House Symphony.” NPR broadcast an April Fool’s Day “story” in 2012 about the discovery of the Tenth. Conductor Hans von Bülow even called Brahms’ First Symphony “Beethoven’s Tenth,” because the main tune of Brahms’s finale resembled a corresponding theme in Beethoven’s Ninth. (Brahms’ response: “Any ass can see that.”)

The reality remains elusive. Beethoven liked to work on two major pieces at the same time, as he did with the Fifth and Sixth Symphonies, and he started the Tenth while polishing the Ninth. In the 1980s, British musicologist Barry Cooper assembled 50 sketches amounting to 300 bars. He then filled them out with another 200 bars to create an andante-allegro-andante opening movement that lasts 16 minutes.

I listened this week to the 1988 recording by Walter Weller and the City of Birmingham Symphony in their complete set of Beethoven symphonies. Sadly, the piece remains forgettable after multiple hearings. It doesn’t break new ground, contain memorable material or even sound especially like Beethoven. Perhaps we’re lucky he didn’t leave enough material for Cooper to rebuild the other movements.

Why didn’t Beethoven finish it? His letters don’t say. He wasn’t completely out of creative juice, because he produced five incomparable string quartets after the Ninth Symphony. He could certainly have gotten the Tenth published, famous as he was, and made money if he’d wanted. Maybe he just didn’t care to complete hackwork in a genre he’d redefined and dominated.

We might equally well ask why he started in the first place, as neither he nor anyone else could surpass his monumental Ninth. I suppose one mark of genius is that you must never stop trying, even after you realize you’ve peaked.

That explains the mawkish late plays of Tennessee Williams and hollow final works of Igor Stravinsky. Not everyone can end on “The Cherry Orchard” or a great requiem mass; Chekhov and Mozart wouldn’t have done so either, if they’d lived past 45. Geniuses simply have to keep creating, whether the fires of inspiration blaze high or sink feebly to embers.